A whole new pod of about 240 whales is now stranded in Golden Bay, says the Department of Conservation. 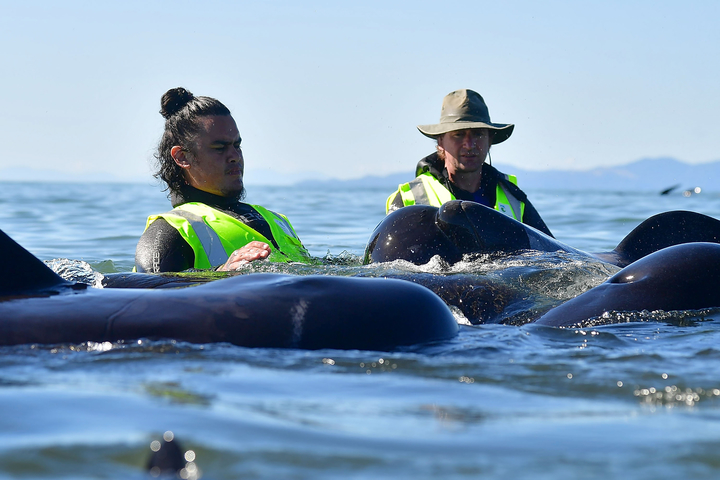 DoC wants more volunteers to help with the whales on Sunday, but says they must have a wetsuit. Photo: AFP

Only about 80 survived, and they were refloated before joining another pod of about 120.

The department says it hopes this original group of about 200 whales are now out at sea.

DoC spokesperson Herb Christophers said they now knew the latest stranding was a new group, because they didn't have any of the markers that were put on the whales that were refloated earlier.

"There are 240 at the last count, stranded whales between Puponga and Pakawau, and they're stranded in clusters on the sand.

"Now these are none of the original set that originally stranded and nothing to do with the ones which were originally liberated yesterday and today, so they're a totally new group of whales."

Mr Christophers said volunteers were urgently needed tomorrow to help refloat the whales on the incoming tide, but they must have a wetsuit. 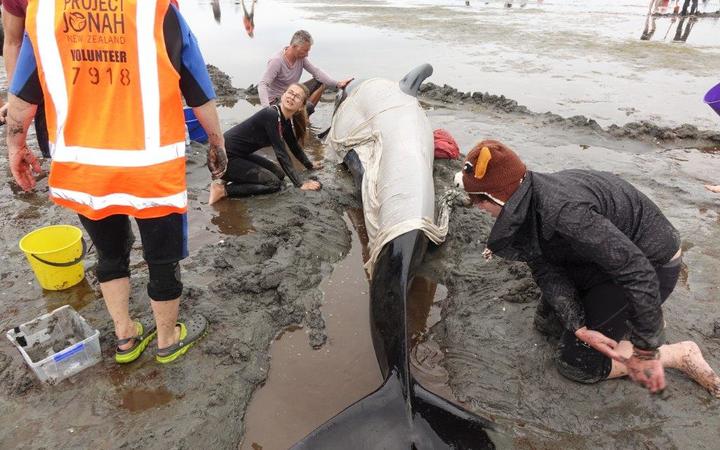 A hundred whales, many of which beached themselves at Farewell Spit overnight after being re-floated yesterday, were re-floated on the high tide this morning by Department of Conservation (DoC) staff and volunteers.

It is the largest-ever recorded mainland whale stranding in New Zealand - 400 pilot whales came ashore overnight on Thursday, with 300 dying in the first day.

DoC acknowledged the "amazing work" of charity Project Jonah and the hundreds of volunteers who had helped.

Local iwi representatives had performed a karakia over the dead whales. 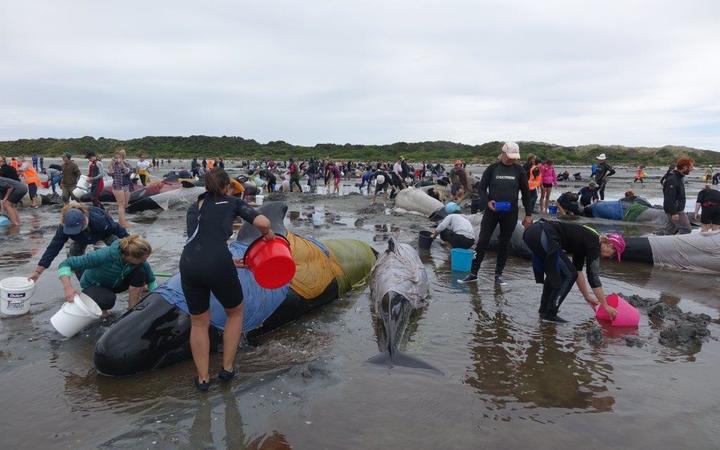 Hundreds of volunteers have been working since early yesterday to keep the stranded whales alive and re-float them. Photo: RNZ / Tracy Neal

Sharks may have spooked whales

Earlier today, Department of Conservation ranger Mike Ogle said the whales could have been frightened into the shallows by a shark.

One whale had been found with shark bite wounds and great white sharks were known to be in the area off Farewell Spit, he said.

"There's one carcass out there with some shark bites in it - but not a big one, just a small one, but quite fresh bites so yeah, there's something out there."

Mr Ogle said the number of calves and mothers suggests it could also be linked to seasonal migration, and the pod getting confused in the shallows of Golden Bay. 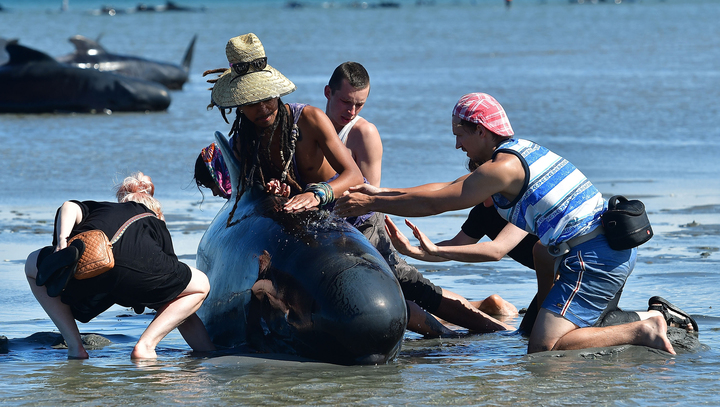 Project Jonah volunteer Kyle Mulinder said the hundreds of rescuers were exhausted after caring for the whales all day yesterday but planned to return today.

Volunteer Deb Ward hoped a lifting machine she and her husband invented would help save as many of the whales as possible.

Ms Ward lives in Auckland but grew up in Collingwood, and was inspired to help design the machine from the strandings she attended as a child.

The machine was trialled for the first time yesterday and she was back at the scene this morning. 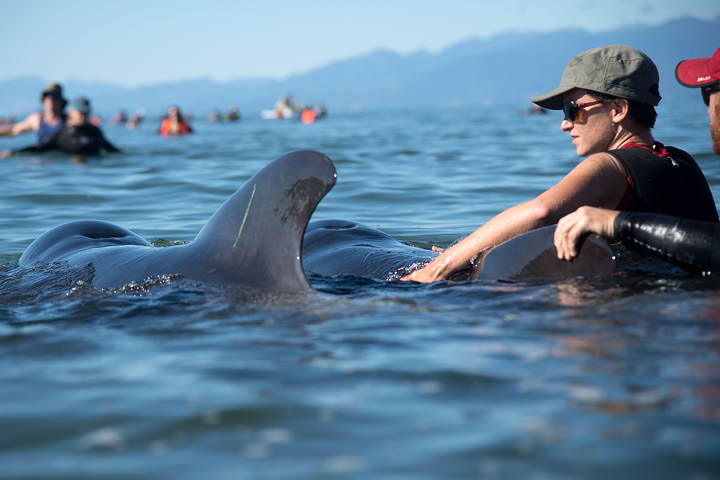 Volunteers guiding the stranded whales back out to sea. Photo: AFP

The stranding is the third largest recorded since data started being collected in the 1800s, and the largest mainland stranding.

One thousand whales stranded on the Chatham Islands in 1918, and 450 on Great Barrier Island in 1985. 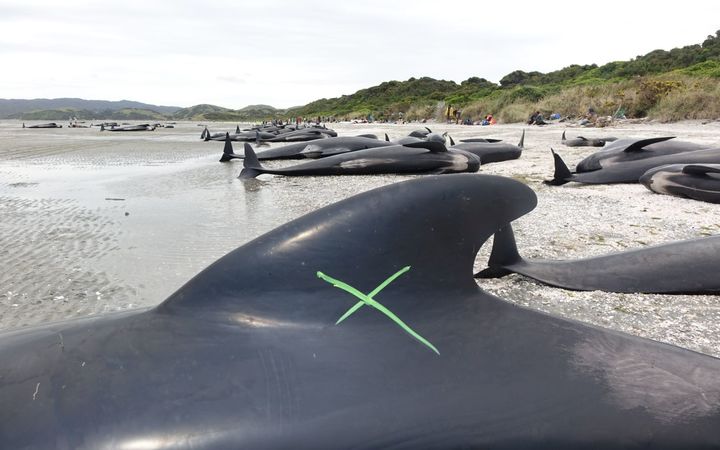 Hundreds of the whales were unable to be saved. Photo: RNZ / Tracy Neal