The quality of available timber is declining and builders are worried about its structural integrity, they say. 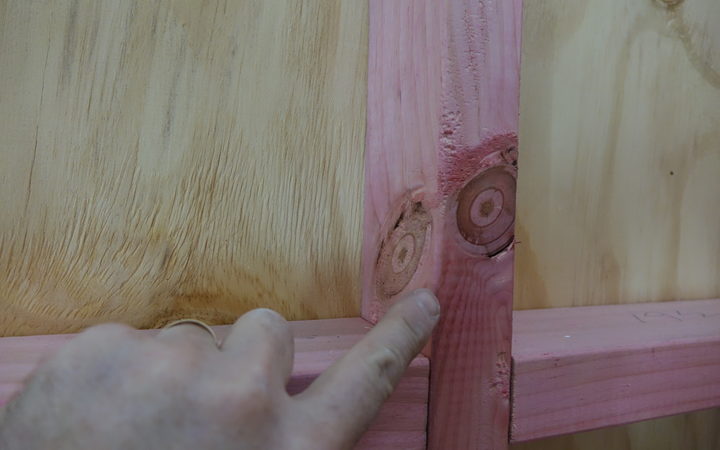 Taranaki builder Kevin Conaglen said he has been so upset at the quality of timber he has ordered that he's threatened to return it - only to be told that's all there is and to like it or lump it.

Mr Conaglen said the available timber was difficult to work with and structurally flawed. 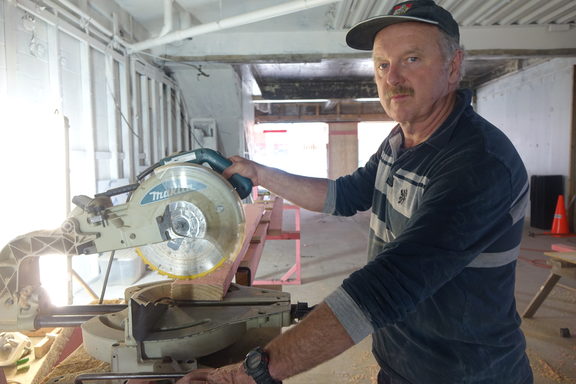 "We're noticing there's a lot more knots and stuff through it and bigger knots, but they tell us it's been stressed and it's up to the testing standard.

"But they're just bulls****ing us. The product is not really up to the standard of what we've had in the past."

Mr Conaglen said when knots dried they could spit out nails and screws, and even fall out completely.

Andy Jones was working on an office refit in New Plymouth, and said knots could significantly weaken timber.

"In terms of when we're going through our straightening process for timber frames. It can affect whether or not you can straighten it or whether you can't.

"And a couple of other little tricks that we have in terms of cutting and splicing studs, it well and truly weakens it if there's a lot of knots in there, so it would be the case that if it was quite bad you'd have to cut out the stud and replace it."

Mr Jones said timber was often bowed as well as knotted and he was sceptical about the A-grade rating it came with. 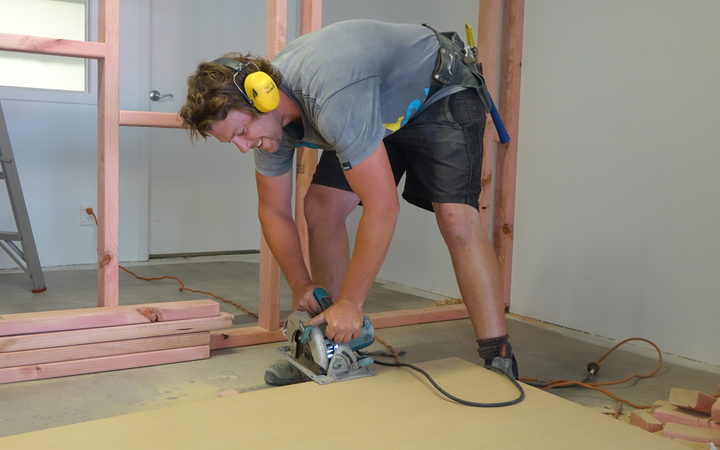 "I see trees going out here at Port Taranaki clean as a whistle and yet we're getting timber here that's full of knots.

"That's my complaint, where's our timber for our country? Why are we letting it be shipped overseas without being processed and why haven't we got the best for our builders and our trade?

"They have to use it or mow lawns for a living I suppose. It just is what it is."

Mr Thorn said the wood had passed the relevant tests and it was more a cosmetic problem.

"It's not there to look pretty. I'm talking about framing timber here. Once it passes the stress through the grading machine it doesn't matter if it's one knot or 20 in it. If it passes the test it gets thrown in."

'We would be surprised if there was a quality problem'

Master Builders Association president Simon Barber said knotted timber was not a new problem and had been around since the mid '90s.

"A lot of our timber is harvested at a younger age [than in the past]. A lot of it is pruned differently, which is to do with the resource and cost of how they process plantation forestry and of course the other thing is our best timber gets exported offshore."

Mr Barber said however, all structural timber was stress-tested and Master Builders was happy safety is not standards were not being compromised.

Wood Processing and Manufacturing Association technical director, Jeff Parker, said it had not been made aware of problems with structural timber.

"Framing timber in New Zealand is all verified through a New Zealand standard so where ever it comes from and whatever it looks like and however the producers produce it, it all has to meet a minimum quality.

"We would be surprised, very surprised if there was in effect a real quality problem."

Mr Parker said 95 percent of timber in New Zealand was kiln dried and if knots were going to fall out that would happen during processing rather than out on a building site.

The bigger issue facing the industry was a shortage of logs for the New Zealand wood processing sector, he said.