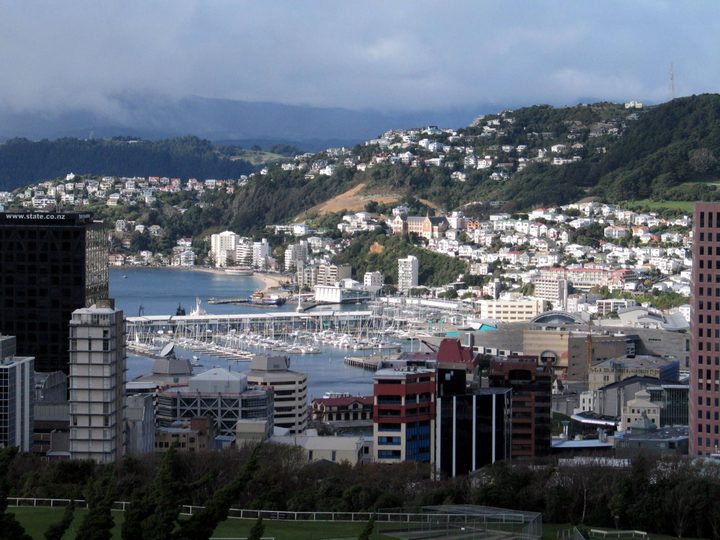 The 2016 survey released to RNZ by the Ministry of Business, Innovation and Employment (MBIE) - after it previously refused media requests - is the first official confirmation of industry warnings of massive non-compliance to the standards for securing non-structural elements (for a full list of these, see the list at the bottom of the story).

It examined 41 floors in 20 commercial buildings four storeys or higher and less than 60 years old in Wellington and Auckland.

The report, by engineers Kevin O'Connor and Associates (KOA), said 89 percent of ceilings in both cities were poorly secured, as well as 85 percent of partition walls.

All eight key parts of the buildings inspected in both cities failed key quake-related standards, and either did not have any restraints or the restraints were inadequate.

In Auckland, 11 out of 12 fire systems were not restrained at all.

Other failings included ceilings being suspended on bolts that were beginning to pull out of the hollow slab floors above. In some cases, the buildings had heavy ceiling tiles weighing between 3kg and 8kg.

KOA said MBIE should reconsider the assumption that as long as occupants got under their desks or 'drop, cover and held' during a quake that tiles of less than 10kg were unlikely to be a "life-safety hazard".

The survey was done to confirm anecdotal evidence since the earthquakes in 2011, 2013 and 2016 of widespread damage, especially to ceilings and sprinklers.

The failure rate of fire-system restraints in both cities was despite installers appearing to have tried to do a good job, but were using poor fasteners or placing sprinklers too close to ceiling tiles which can smash sprinklers off in a quake, the KOA report said.

Forty five percent of electrical and data systems in Wellington needed upgrading while in Auckland the number was 5 percent.

There were also issues with paperwork, with KOA saying it found "very little consent documentation for non-structural elements".

A second report released by MBIE said non-structural failures posed little threat to peoples' lives but could cause many minor injuries.

Two-thirds of those injured in earthquakes were from the contents of buildings, such as filing cabinets and screens, flying around, the report said.

A third MBIE report, by engineers Opus said a typical $10 million office block would sustain $8m in losses in a moderate quake that damaged half its non-structural services. About $5m of that was from disruption to business.

It detailed a possible insurance threat of premiums being hiked, or cover refused point-blank, if damage due to substandard restraints kept on costing insurers.

It estimated that installing restraints properly would cost $423m for the $9bn of commercial construction carried out last year.

However, that was only new building. Retrofitting existing buildings was "a huge task that can be very expensive", the Opus report said.

The ministry said it had ordered an overhaul of the relevant standards, which the Opus report labelled "fragmented". The ministry also said there were industry seminars, a code of practice and training aimed at improving the situation.

Opus recommended that enforcement be introduced with proper inspections of non-structural work on new builds.

Currently enforcement relies on employers not wanting to fall foul of strengthened health and safety laws.

What are non-structural building elements?

Non-structural building elements are basically anything that is not the shell of a building, but is attached to it, including: