Agricultural experts are pointing to an unusual problem lying just over the horizon for New Zealand - too many native birds. 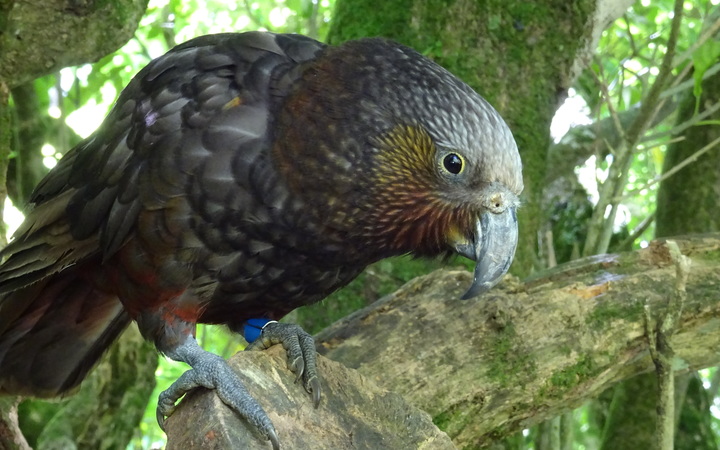 They acknowledge that it sounds like a pleasant problem to have.

But they also warn of a downside if a rampant bird population comes to depend on agricultural crops for food because its natural habitat is too small.

Mr Wills is a green farmer, and chair of the environmental consultancy Motu.

He also helps eliminate predators on his farm as part of a local wildlife programme, Cape to City, of which he is on the board.

However, Mr Wills said bird restoration might one day be too successful.

"There's no question, bird numbers have gone through the roof.

"I have never seen the sort of bird numbers that I am seeing now, and most of that is due to the success with predator eradication."

Mr Wills said large numbers of birds could spread seeds to widespread locations, and there was another problem.

The Hawke's Bay grows 70 percent of New Zealand's apples and pears, he said.

"We are bringing the kākā and the kākāriki in from Cape Kidnappers and of course these two birds enjoy eating our apples and pears.

"I have had phone calls of concern from apple and pear growers saying this is great but potentially will have an adverse effect on a quickly growing Hawke's Bay apple and pear industry."

Mr Wills said he had no intention of abandoning his support of native birds, but said potential overpopulation was an issue that needed to be faced.

"There is certainly a risk because obviously apples are a crop that birds are attracted to, so we need to make sure we achieve good population growth but also protect the growing areas that we have."

Bird life in New Zealand evolved over millions of years to step in with the bush cover that existed before human settlement.

When that bush cover declined, so did the bird population.

But intensive breeding and predator eradication means the bird population could grow faster than the bush that supports it. This could push the population out of synch with modern New Zealand ecology - which has masses of farmland.

Ecologist Andrea Byrom, of the Biological Heritage National Science Challenge, said she was confident that the resurgence of native birds in some areas would not upset the balance of nature.

Ms Byrom has reviewed the scientific literature and said at first sight, it seemed New Zealand might be able to achieve a balance.

"In terms of the commercial impact there are questions like kākā getting into fruit trees," Dr Byrom said.

"But it is probably a relatively minimal [risk]. On balance I think it probably not likely to throw our ecosystems too much out of whack."

Dr Byrom said an abundance of kākā in some suburban gardens had been welcomed, not resisted, by the people who lived there.

Mr Wills and Mr Pollard agreed there was no crisis yet but warned there could be trouble in future, and more study of the problem was needed now.