The kea has been crowned New Zealand's Bird of the Year after two weeks of heated campaigning.

It is the first time the endangered, large, green mountain parrots which are known for their curiosity and intelligence, have won the competition.

The kererū came in second with 4572 votes, followed by the kākāpō with 2554 votes.

Team Kea co-campaigner Laura Young said: "We literally went out to every single person we knew and asked them to vote kea. We lobbied hard to get votes up on the first day, which I think made a big difference." 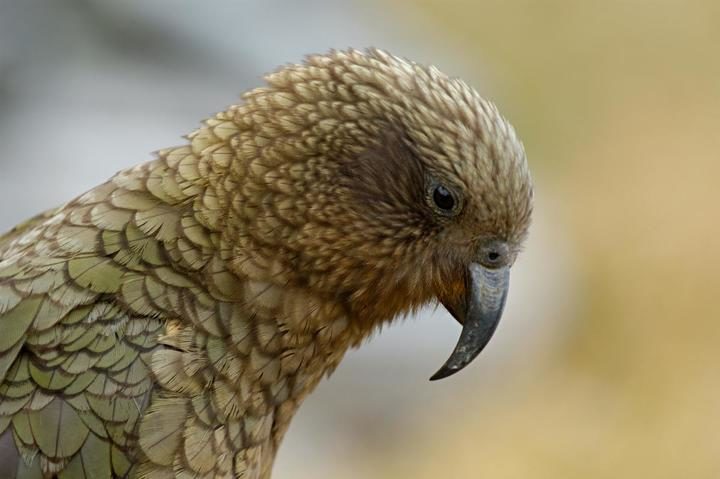 The kea has been crowned New Zealand's Bird of the Year. Photo: supply

She said the competition did not come without surprises for Team Kea, who were on the "campaign trail" while monitoring the birds in Kahurangi National Park, with no reception.

"One day we climbed to the top of Mt Patriarch to get reception and check in on the campaign. We saw that the Green Party had made an official announcement in support of the kererū, so we used what little phone battery we had left to hit back at them with a retaliation video."

"We're proud to say we ran a peaceful campaign compared to many other birds. There were no attack politics from Team Kea, we just did our own thing and went at it hard."

Team Kea hopes the Bird of the Year title will raise awareness for kea and all of New Zealand's birds, many of which are threatened with extinction.

"Everyone needs to see how vulnerable kea are in the wild. We often hear of them hanging out in car parks, being cheeky and stealing things, but don't realise they are in decline. You can't not love them."

The competition raised over $10,000 in donations to help protect and restore New Zealand's wildlife and wild places and attracted over 50,000 votes from people who were asked to vote for their favourite species.