Tui get more aggressive towards rivals who are better singers, Massey University researchers have discovered. 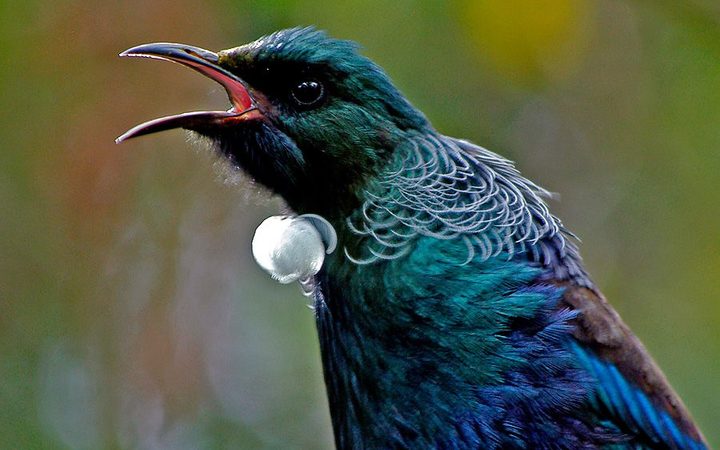 The study published in the Ibis International Journal of Avian Science found tui responded faster and more aggressively towards rival males that sing more complex and intricate songs, rather than simpler ones.

Study author Sam Hill said the birds would get defensive faster, and would fly closer to those that sang complex songs.

They would respond with longer and more complicated songs of their own.

"The average time was extremely quick, almost immediately that they would respond," Mr Hill said.

"When you played the simpler song they would respond but they would be quite noticeably less interested in it."

Tui were already known to be notoriously aggressive birds, especially when it came to protecting their territory from rival tui or other bird species, he said.

It was likely the tui's more aggressive response to more complex songs came down to their need to protect their territory from a competitor.

The study was one of the first of its kind, Mr Hill said.

"The actual experimental evidence for this type of thing is quite scarce, no one has really experimented quite so vigorously."