Spending on dairy-free alternatives is on the rise as more consumers turn to plant-based milks, yoghurts and cheeses. 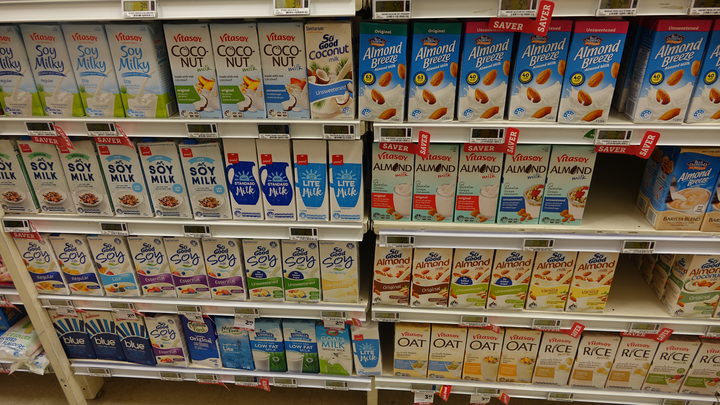 The country's two supermarket chains Progressive and Foodstuffs have taken notice and are stocking more of the products than ever, but the dairy industry said it was not worried.

Foodstuffs, which operates the New World and Pak 'n Save chains, reported that sales of plant-based milks - such as nut, oat, soy and rice milks - in its North Island stores had shot up 11 percent since August last year.

Progressive Enterprises, which own Countdown's stores, now has more than 60 non-dairy milk, cheese, and yoghurt products on the shelves.

Alice Shopland from Angel Food specialises in vegan food and dairy-free cheeses. She had noticed a big shift in attitudes in recent years.

"Some people even treated us as though we were traitors to New Zealand for investigating and promoting dairy-free products, but now a huge range of people are open to the idea.

"Even if they don't think it's their cup of tea at the moment, they understand the reasons behind it." 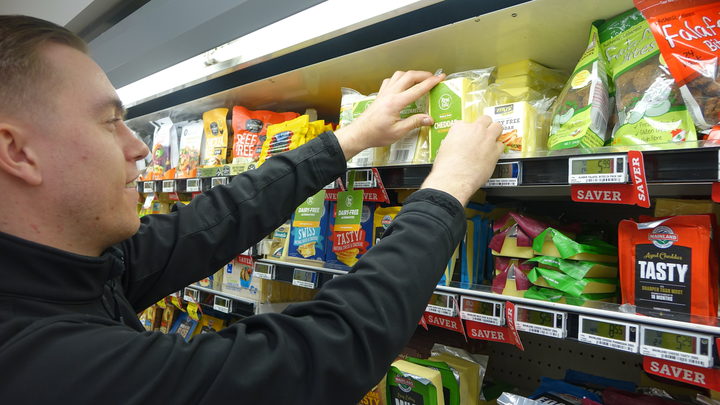 It was not just those with lactose allergies or intolerance who were buying the products, Ms Shopland said.

"It's gone from nearly non-existent three years ago, to now around the 10-20 percent mark being either almond or soy," he said. 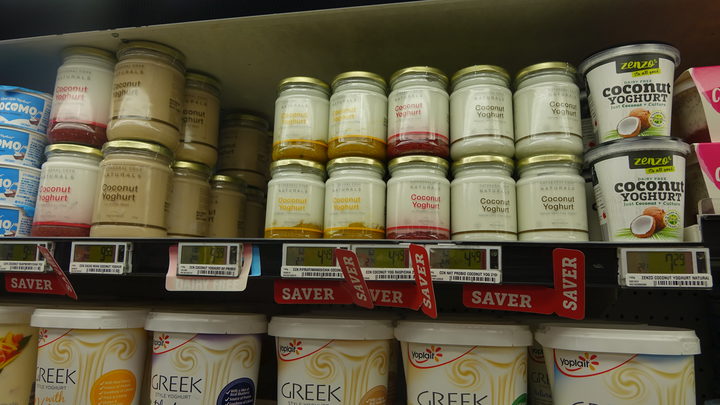 Despite the growing popularity of plant-based alternatives however, dairy was also flourishing.

Foodstuffs' dairy sales rose 9 percent since August 2016 and Progressive Enterprises said plant-based alternatives were yet to make much of a dent in traditional milk and cheese sales.

Dairy Company Association chair Malcolm Bailey said the industry was keeping an eye on the rise of plant-based milk.

"That's the trend that may have some legs to it, but I think what we've got to do is encourage consumers of products to look very carefully at what it is they're buying, because some of these so-called substitutes do not have the nutrition overall of dairy products."

Mr Bailey believed dairy would remain in the ascendancy, due to people preferring the taste and its health benefits.