New Zealand farmers could be under threat from a rise in plant-based products that mimic animal products such as burger patties, KPMG says. 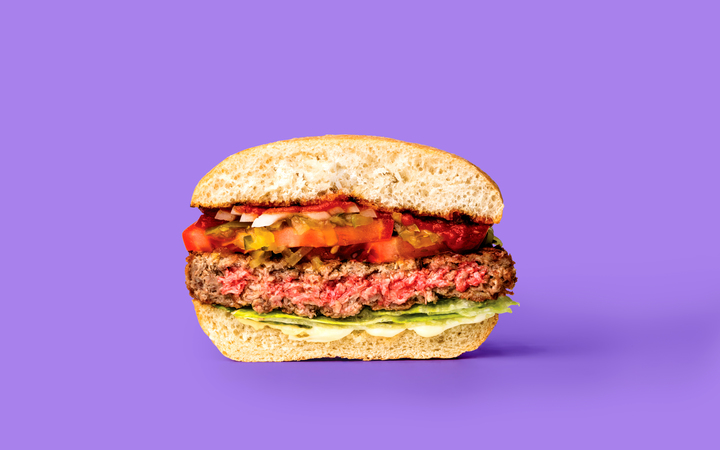 Its global head of agribusiness, Ian Proudfoot, said he has been to Silicon Valley and seen firsthand what alternative proteins were on the menu.

Mr Proudfoot said New Zealand meat and dairy producers needed to identify what level of risk the products presented for their industry and plan accordingly.

The threat of vegetarian alternatives to meat products was looming as companies were beginning to create products that would genuinely appeal to consumers, Mr Proudfoot said.

For example, US company Impossible Foods has developed a plant-based food that is said to closely resemble the taste and smell of meat - and has attracted $US150 million in investment.

He said in the dairy sector, New Zealand would have multiple alternative milk products - such as almond and hemp milk - competing with it, all of which were designed to meet specific consumers' desires.

The current alternative meat market was less of a threat because it was aimed at wealthy consumers. However, this would change as the new "alternative protein" companies were bought up by bigger players in the food industry, he said.

"They'll reposition the product towards the lower end of the market, so they'll work out how to do a blended burger that is 50 percent processing beef and 50 percent plant protein.

"That's when it's really going to start to create questions for us in New Zealand about how we sell our product."

Producers needed to stay up to speed on the evolving world of food and nutrition.

"We need to ensure we understand the markets we want to sell into, the customers we're selling to, what is important to those customers ... everything in our production system has to be geared towards delivering them a great solution."