Wellington's soon-to-be scrapped trolley buses cost about $6 million more to operate each year compared with running the same number of diesel buses, according to the regional council. 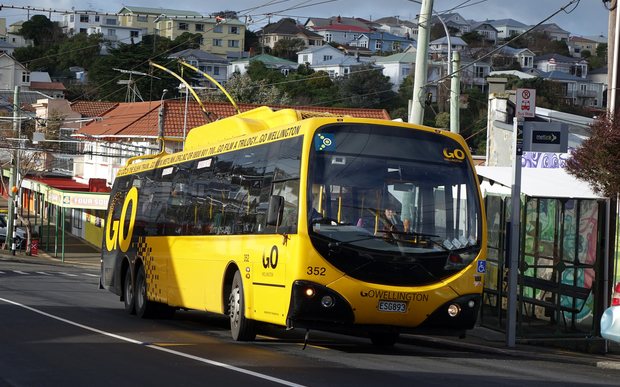 The overhead trolley bus wires that have threaded together the capital's streets for more than half a century will start coming down next week after the regional council pulls the plug.

Wellington city councillors, the bus drivers' union and environmentalists are calling on the government to put the brakes on the process.

Wellington Cable Car Ltd owns and operates the overhead wires on behalf of the city council with funding from the regional council.

Its chief executive, Simon Fleisher, said some disused lines had already been taken down and work to dismantle 80 kilometres of wires and substations was set to start on Wednesday.

"In theory, anything could be possible, but it is very, very late in the day," he said.

"A company that was asked to do something, if there were the right commercial agreements and the funding, would try and do the best it could. But whether that's practically achievable in the time we have at the moment, it's hard to tell."

The cost of upgrading the substations and underground power supply was estimated by the regional council at $52m: $17m for essential safety upgrades and $35m for reliability improvements.

Mr Fleisher said ironically, the network was in better shape than it was a couple of years ago.

"We take pride in our work and do the best job we can, but you've got to be realistic."

Decommissioning was expected to take about a year and after that - depending on what other work was available - redundancies were possible, he said.

The Masterton-based bus company Tranzit, which has been awarded the contracts for the trolley bus routes, has already started building electric buses.

The company's general manager, Paul Snelgrove, said the first 10 would hit the road next year with 32 operational by 2021.

"The big advantage of electric bus technology, which is happening around the world, is it's not confined to any specific route, it can be used on any route you care to use it, as long as there are charging stations."

As cost and efficiency of the technology improved, it was likely that other buses would be converted to run on batteries too, he said.

Wellington Electricity is the Hong Kong owned lines company that has a contract to supply power to the network until Tuesday.

Its chief executive, Greg Skelton, said spending more money to keep the capital's trolley buses on the road would shackle the city to obsolete technology.

"Investment in 1930s, 50s technology would really cement that in place for the life of those assets, which is around 50 years.

"So it really is a cross-roads for what's going to be electrified public transport going forward."