Hybrid London-style double decker buses are likely to replace the Wellington fleet by 2017 under plans by the regional council to de-congest key city transport routes. 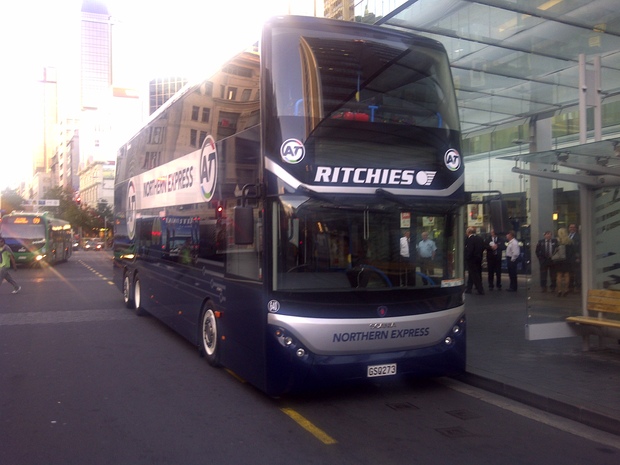 "We want to get more people out of cars and into public transport and in order to do that the bus time needs to be competitive with the car time.

"The problem we've got is a lot of congestion in the central business district particularly at peak times."

Mr Swain said reducing the number of buses along Lambton Quay is needed.

"In order to do that, we need to have high capacity buses and one of the really good solutions for that potentially is double decker buses," he said.

He said in London there are over 1000 hybrid double decker buses operating.

The routes being studied include from Johnsonville in North Wellington to Island Bay on the South coast.

Mr Swain said the council was also investigating how to run a double decker service in the more challenging suburbs between Karori and Seatoun, where the buses would have to pass through tunnels.

"You can alter those tunnels, that's not too much of an issue, but the real problem is cost because that's an enormously expensive thing to do.

"Particularly in a place like Karori, if you were to try and do some work on the Karori tunnel it might take 12 months and what do you do with all the traffic that will be backed up there, trying to find alternative routes," he said.

A working party which includes Wellington City Council and the Transport Agency is looking into how to overcome the tunnel obstacles.

Mr Swain said if the investigation finds that double decker buses are not feasible for Wellington by 2017, longer single deck buses could be an alternative option as a possible solution for the capital's traffic congestion problem.