New research revealing people's mental and physical health is hit by the effects of climate change shows the need to get ahead of the issue, says the new Climate Change Minister. 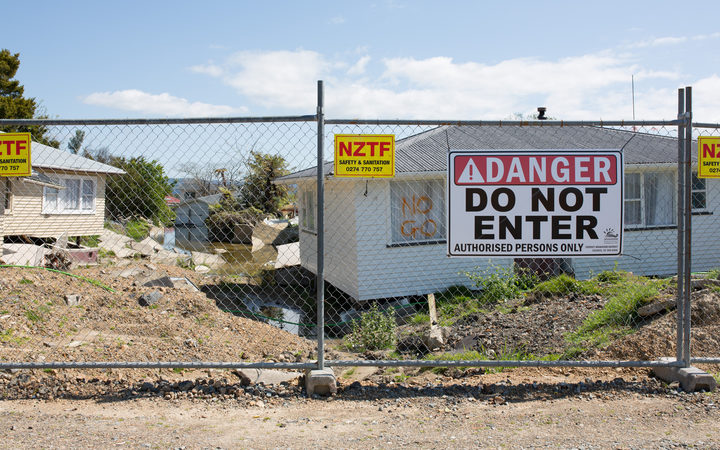 More events such as the Edgecumbe floods are expected as the impacts of climate change hit. Photo: RNZ / Tom Furley

Greens leader James Shaw, who will be sworn in as the new Climate Change Minister today, said the effects on mental health could already be seen in New Zealand.

"If you asked, say, the residents of Edgecumbe about the state of their mental health post the floods, it's pretty obvious that the effects of climate change do have an effect on people's mental health, as well as their physical well-being."

He said stress caused by climate change issues would be mitigated as people came up with methods to deal with the physical impact on communities.

"But what that requires is that we need to get ahead of the problem, rather than just have it overwhelm us."

The new report found climate change was likely to lead to higher rates of aggression, and more heart attacks and strokes.

It said many factors that contributed to people's health would be affected by climate change: such as more respiratory problems caused by having more pollution and pollen in the air, while hotter days could result in more heart attacks, strokes, and more aggression.

Mr Shaw also told Morning Report today that some parts of the country were facing a managed retreat from rising sea levels, or were having to pay for infrastructure such as sea walls.

He said the technique adopted in parts of Christchurch to place higher foundations under some buildings will buy a bit of time.