The Greens leader James Shaw says he's not concerned the Climate Change Minister will be outside the Cabinet in the new government. 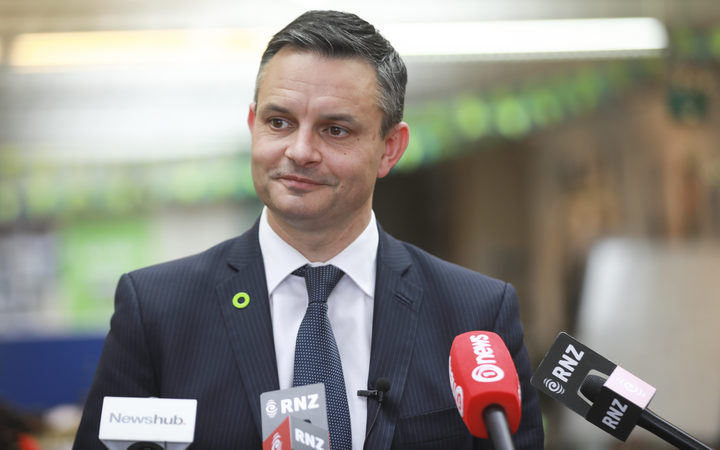 James Shaw said the fact that the Climate Change Minister would be outside Cabinet did not mean the portfolio would be downgraded in the new government. Photo: RNZ / Rebekah Parsons-King

The Greens are set to be in charge of this policy area, but the minister won't be seated at the Cabinet table, under the party's confidence and supply agreement with Labour.

In the outgoing government, the portfolio has been held by the Deputy Prime Minister, Paula Bennett.

Mr Shaw said it didn't mean the portfolio would be downgraded in the new government.

"I do know that climate change and action on climate change will be at the heart of this government's agenda, that was our whole point during the course of the campaign, it is also, I have to say, one of the areas of alignment with New Zealand First."

Mr Shaw would not say if he would hold the climate change job, saying announcements would be made by incoming Prime Minister Jacinda Ardern.

Ms Ardern said she was committed to significant change on climate change policy, even though the incoming minister would be outside Cabinet.

Labour wants to retain the current emissions trading scheme, with changes, but the Green Party opposes this.

Ms Ardern said as Prime Minister, she would work closely with the minister, on climate change policy.

"Regardless of whether I hold that portfolio or not, this is an issue I'm absolutely dedicated to, I will work closely alongside the minister who holds that portfolio, but just because that minister sits outside of Cabinet is not a reason to deprive them of the opportunity to use the experience they bring."