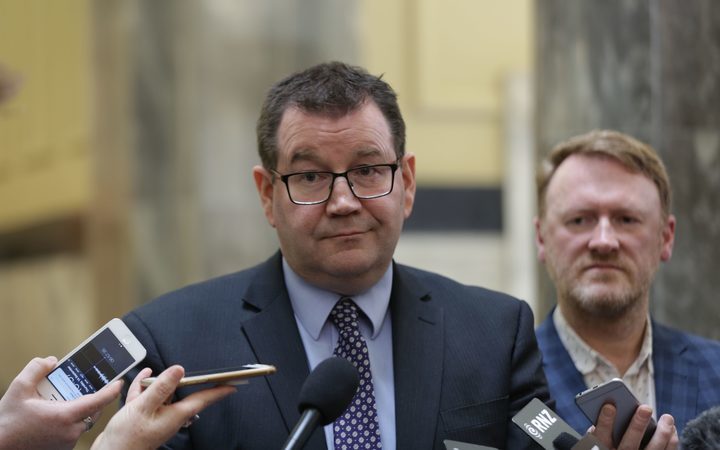 Between Labour's two support agreements with New Zealand First and the Green Party, there are more than 70 new policies, in addition to Labour's own, largely unchanged policy platform.

National's finance spokesperson Steven Joyce attacked Labour over its fiscal plan during the election, claiming it had an $11.7bn hole. That claim was widely discredited by economists.

Later in the campaign he modified his criticism to claim Labour had left itself little spending headroom beyond its flagship investments in health and education.

This morning, Mr Joyce hit out at the new government's spending plans once more.

"The amount of money they have unallocated over the next three years is $4bn ...They're proposing to allocate $3bn of that to the regional development fund."

That would leave little to pay for their other promises, such as free health checks for over-65s and extra police officers, he said.

But Mr Robertson told Checkpoint with John Campbell his opposition counterpart had got it wrong again.

"I certainly hope Mr Joyce might tidy up his accuracy of what he said ... if he's going to be holding that [opposition finance spokesperson] role."

The $4bn Mr Joyce was talking about was operational government spending - "the day-to-day expenditure" - whereas most of the funding for regional development would come out of $10bn of unallocated capital expenditure, Mr Robertson said.

He cited a slowing housing market, nervousness in the Reserve Bank and trading banks, receding consumer optimism, and ebbing retailer confidence as evidence.

Asked whether the government should be relying on Treasury's still-optimistic revenue forecasts, Mr Robertson said the new regime had "an ambitious programme ... and we're aware that we're going to have work hard to deliver it."

However, the government could only work with the forecasts Treasury provided it, he said.

"We'll take into account the fact that Mr Peters has highlighted something many economists recognise - that there may be some headwinds ahead for the New Zealand economy.

"I'll get my first proper briefing from Treasury tomorrow and we'll take a look at those numbers then."

Investing in the regions - a key policy plank - would help to shore up the New Zealand economy, he said.

He would consider his first term as finance minister a success if unemployment fell to four percent or lower, "and the jobs that we create [are] ones that are meaningful and well-paid".