Analysis - Opinion is divided between economists on whether the country is heading for an economic slowdown or just taking a breather for another period of solid growth. RNZ's business editor Gyles Beckford takes a look at the numbers. 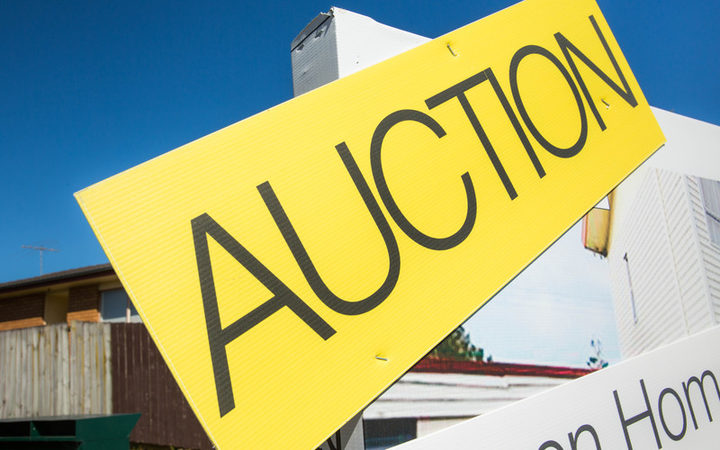 Winston Peters cited a slowing housing market as one of the signs that an 'economic correction' is on the way. Photo: RNZ / Claire Eastham-Farrelly

As the sun set on Thursday, New Zealand First leader Winston Peters conferred leadership of the country to a Labour-led coalition, and the job of Prime Minister to Jacinda Ardern.

But as he did so he painted an economic landscape on which the sun is also setting.

"We in New Zealand First believe that an economic correction, or a slowdown, is looming, and that the first signs are already here," Mr Peters said.

As evidence he cited a slowing housing market, nervousness in the Reserve Bank and trading banks, receding consumer optimism, and ebbing retailer confidence.

Are the dark economic clouds looming, and is the golden economic weather coming to an end?

Perhaps not, although opinion is divided on whether we're looking at slowdown or just taking a breather for another period of solid growth.

Certainly, economic growth has settled. A year ago the economy was growing at an annual rate of 3.3 percent, driven by a booming construction sector, record immigration and record numbers of tourists. That's slowed to 2.5 percent in the June quarter, but foreign visitors and settlers are still providing the momentum.

The end of last year and the start of 2017 were on soft side, with the building industry finding it tougher to find staff to get jobs done, and some projects being delayed because they have become uneconomic.

By the numbers at least the economy is not in too bad a shape.

Unemployment is at an eight year low of 4.8 percent. The country's terms of trade - the measure of our ability to pay our way in the world - are close to historic highs. The current account deficit, at 2.8 percent of the value of the economy, is low and contained by New Zealand standards, and the foreign debt level has also been shrinking.

Business and consumer confidence have taken a hit in recent months. The NZ Institute of Economic Research's quarterly business survey of business opinion slipped 10 points to a net 7 percent optimism level, with everything from bad weather, politics, to a weaker housing market being blamed. But it's not universal, worker confidence has perked up to its highest level in nearly a decade.

Growth in house prices has fallen to around 2 percent in the past year from 10 percent, which reflects Auckland's market slowing, but homeowners are still sitting on solid gains and are still showing confidence about buying big ticket items.

The chief forecaster at economics consultancy Infometrics, Gareth Kiernan, is one who's upbeat.

"The New Zealand economy still has more gas in the tank for 2018, despite the slowdown of the last 12 months and suggestions from some analysts that all the economy's key drivers have already peaked," he said in the firm's latest set of forecasts.

He said a buoyant export sector, increased government spending, and the demand for more houses in Auckland were the key drivers of growth, which should average 3.4 percent in 2018 and 2019.

Looking below the headlines the outlook will be less certain for individuals.

The economic pie has been inflated by the record immigration, which has stoked domestic demand and consumption, although the share of the pie per head of population rose less than 1 percent in the year to June.

Wages have risen on average 1.6 percent in the past year, just keeping pace with inflation, but unless workers are in a sought-after trade or sector, the chances of significant rises are limited.

Slowing, even falling, house prices makes consumers cautious about spending, and reduced immigration keeps a lid on the services sector.

"There are risks to the economy and they are a little bit to the downside, from slower housing, reduced immigration, and other drivers such as construction that are peaking," said ANZ senior economist Phil Borkin.

But he said the economy would also benefit from the extra spending that could be expected from the new government, and the outlook for commodities, such as dairy and meat, was also looking positive.

The global outlook was also looking more confident and upbeat, although a winding down of the stimulatory loose money policies of central banks might create some turbulence.

"We're not bulletproof, but the New Zealand economy is a lot more resilient to anything that might occur than it was a decade ago," Mr Borkin said.