Two families from Tuvalu have had their cases to be recognised as climate change refugees rejected. 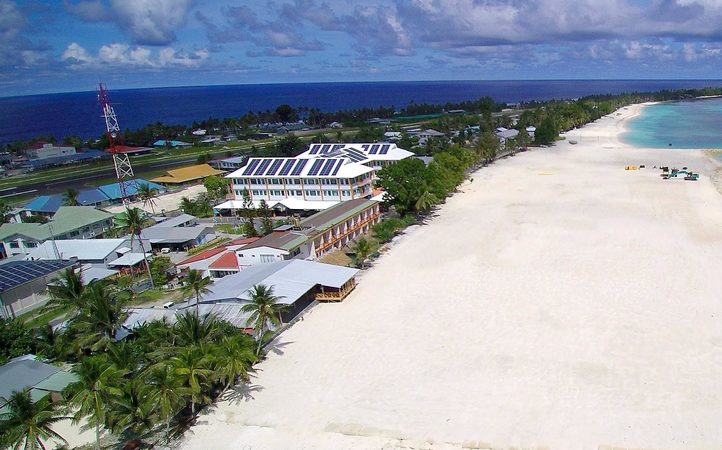 The immigration and protection tribunal ruled they did not risk being persecuted under the Refugee Convention.

Both families argued they would not have access to clean and sanitary drinking water and were worried about the impact of climate change on their lives and livelihood.

The couple in one of the cases moved to New Zealand to look after elderly relatives and were concerned about returning with their two young children because of health standards and unemployment.

"Tuvalu is a small island state and Funafuti atoll is small, comprising about 2.5 square kilometres," the tribunal said in its decision.

"Exposure to the sea along the coastline makes land erosion a serious problem and the country suffers from rising sea levels, storms and king tides.

"They believe that life will no longer be sustainable on Tuvalu because of rising sea levels."

The tribunal said other asylum cases in recent years, including that of Ioane Teitiota from Kiribati, show the consequences of climate change cannot be used to gain refugee status.

But it added: "The Tribunal accepts that returning to Tuvalu will pose challenges for the appellants both socio-economically and in terms of the negative environmental impacts of climate change.

"The difficulty in this case is that, having regard to the information provided by the appellants in support of their claim and on appeal, there is no basis for finding that any harm they do face as a result of the adverse impacts of climate change has any nexus whatsoever to any one of the five Convention grounds."

To qualify for refugee status, an asylum-seeker must be able to point to persecution on the grounds of one of the five Convention grounds: race, religion, nationality, membership of a particular social group or political opinion.

Climate change was used successfully in an immigration case for the first time in 2014, when the tribunal accepted that exposure to climate change could be a humanitarian circumstance in an appeal against deportation.

In that case, Sigeo Alesana, a qualified teacher, and his wife from Tuvalu were granted residence but other factors were also high in the tribunal's mind.

It ruled the family's deportation would amount to an unusually significant disruption to a dense network of family relationships, including Mr Alesana's mother, who he cared for, and his five sisters and their children.

But it was the case of Ioane Teitiota and his family that attracted international media attention and refocused the lens on how climate change may lead to people moving from low-lying Pacific islands.

His case was among more than a dozen climate change claims that have been unsuccessful.