A cycling advocate says cycle helmets are deterring people from taking up cycling.

British writer Peter Walker is the author of the book How Cycling Can Improve The World and he told Sunday Morning that cycle helmets deterred people from participating in bike share schemes. 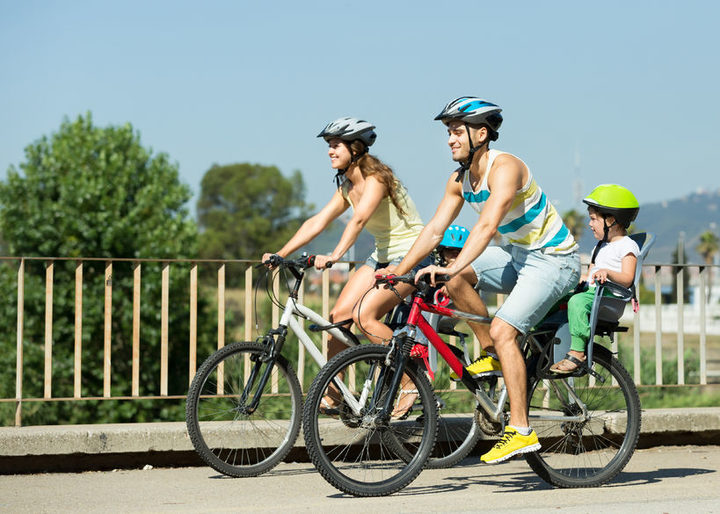 "The bike share systems where you're living in a city which does have compulsory helmet use, they don't tend to get used that much," said Mr Walker.

"In general these bike share systems wherever they've cropped up, whether you know it's Paris or New York city or London, have done really, really well. The exception is places where you need to either have to bring your own helmet with you or have to rely on one on the bike."

Mr Walker said the bike share scheme in Brisbane, where helmets are compulsory, was known as one of the least used in the world. He said compulsory helmet use was not the only factor that effected use of bike share schemes, but they did seem to have an influence.

He said this was an unintended consequence of having a compulsory bike helmet law because bike share schemes worked on a level of impulse, where as the bike helmet laws meant a certain level of pre-planning was required.

Helmets did little to improve safety and did more harm than good, he said.

And Mr Walker said they sent the wrong message about cycling.

"They reinforce this idea of riding a bike being an incredibly unsafe thing to do, and in lots of places like New Zealand and in Britain riding a bike is probably less safe than it probably should be, you know if you had Dutch style bike lanes it would be quite a bit more safe, but it's also much less dangerous than people probably think.

"If all the riders you see are, you know, kitted out as if for war that really puts people off."

Mr Walker said there was an argument it was misguided for a government to approach cycle safety via the issue of compulsory helmets.

Mr Walker said while he had doubts about making it compulsory to wear a bike helmet, wearing one was not necessarily a bad thing and it was something that he generally did.

To counter the argument that it was worth making cycle helmets compulsory if it saved even one life, Mr Walker said it was necessary to look at the overall effect on a country.

"As has been shown time and time again, if you do mandate people to wear them all the time then you tend to have fewer people riding bikes, which means fewer people take exercise and that can actually overall cost the country's health service more. It's actually a very difficult balancing act."