The New World supermarket is aiming to be single-use plastic bag free by the end of 2018, Foodstuffs says. 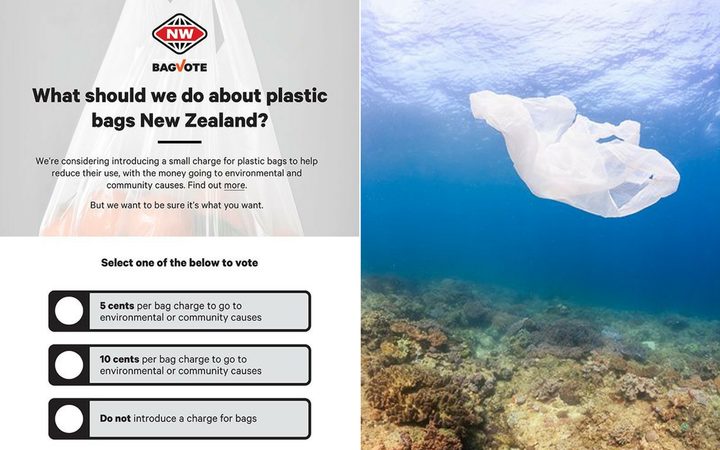 Last week Countdown committed to phasing out single-use plastic bags by the end of next year.

SuperValue and FreshChoice and the parent company Progressive Enterprises have also committed to phasing out single-use bags but have not decided on a deadline.

New World said today it had put out a survey asking its customers if they would pay 5 cents, 10 cents, or prefer to keep plastic bags free of charge

"But we missed an important question - no bag at all. Many of our customers told us via email, Facebook, phone and in-store that they wanted this option," Mr Anderson said.

"Our customers also asked us to look harder at paper and biodegradable alternatives - both have their issues, but they are constantly being improved."

In February it would introduce a 10c voluntary donation per plastic bag at to go to environmental causes.

It would also continue its 5 cent rebate for reusable bags in its North Island stores and expand its soft recycling programme.

"It's a big task but we are totally committed to change - we always have been," Mr Anderson said.

"There's increasing customer demand across the board for retailers to eliminate single-use plastic bags, and today's announcement shows that New World is listening," its public affairs manager Greg Harford said.