The Labour Inspectorate has banned 70 businesses in six months from hiring migrant workers after they breached labour laws. 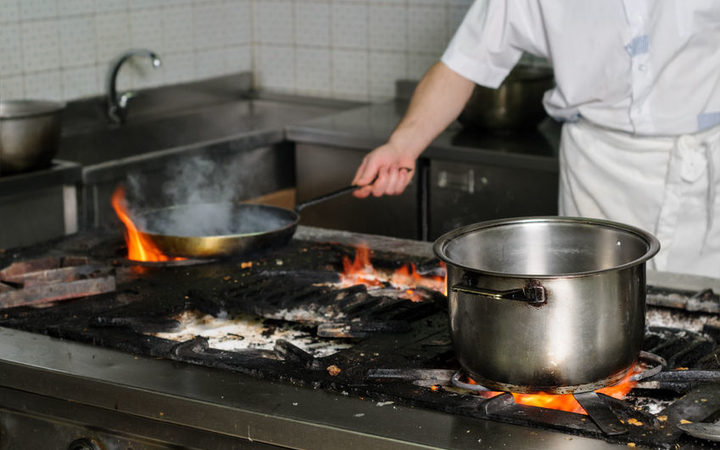 Restaurants are among 70 companies banned from hiring migrant workers in the six months since new rules were brought in. Photo: 123RF

Companies can now be banned from being able to hire migrant workers for between six and 18 months for breaches including not having written employment contracts, underpaying workers or breaching the Holidays Act.

The rule has been in place since 1 April and in the six months since then 70 companies have been slapped with a stand-down notice: an average about of one every 2.6 days.

Motel owners, restaurants and a major freight feature on the list.

It's not just small fry being targeted. Mainfreight, which calls itself New Zealand's most extensive freight network was one of those banned for six months after it employed people without using legal contracts.

Managing director Don Braid told RNZ he disagreed with the ruling, but had no further comment to make.

Shabhaz Khan is owner of another banned company - Auto Pride Cars, in Auckland - and said he was blindsided when an inspector turned up on his doorstep.

He said he was never given a chance to fix the problem.

"The extended powers and penalties mean we're now relevant ... people now realise they have to have minimum standards in place and we're seeing industries coming to us to ask for assistance."

He said this was a big deal for businesses which relied on migrant labour.

"It means they can't support these applications for people they want to bring in to work for them, and if any of their workers' visas expire during that period they can't supoprt them in that re-application."

Sunny Sehgal, who represents exploited migrant workers, said while the Inspectorate's new powers were welcome it needed more inspectors to catch up.

He said he was once told by a manager his case was not important enough to be investigated.

"He sent me an email saying, well, he's got many other cases which are top priority and he won't be able to take on this one.

"I said, 'what is the job of a labour inspectorate? If you won't take on this particular case, who else will take it?'

"I said, 'instead of talking to your senior, I will do a protest outside your office at MBIE, and we will raise this issue in the public's eyes so they know exactly what is happening, because this is a very important case'."

Mr Sehgal won that round - the Inspectorate called back and said it would start investigating his case immediately.

He said that was an exception however, and the lack of inspectors meant businesses were not afraid of getting busted.

"There are thousands out there who are still looking for justice, but because this department is understaffed they are not getting any justice."

Mr Seghal said getting staff levels up to about 150 people should be the Inspectorate's main priority.