Trade experts are fearful coalition talks could get in the way of, and possibly sink, New Zealand's involvement in the Trans Pacific Partnership. 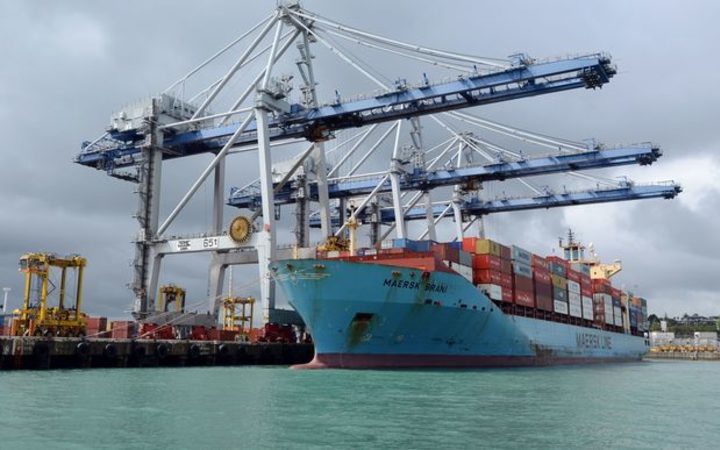 The National Party has enthusiastically driven the controversial TPP agreement, but New Zealand First, Labour and the Green Party have all expressed doubts about it.

The United States withdrew from the TPP earlier this year, but the remaining 11 countries are striving to keep the contentious deal alive, with New Zealand one of the keenest.

But coalition talks could throw a spanner in the works.

While National is right behind the so-called TPP-11, New Zealand First holds the balance of power and has been critical of the deal.

International Business Forum executive director and TPP advocate Stephen Jacobi said that did not mean it was dead in the water.

"Remember that when New Zealand First was in a coalition with Labour, it opposed the New Zealand-China Free Trade Agreement. An agreement which has, of course, given many, many benefits to the country.

"They may wish to do so with TPP, but that doesn't mean necessarily that that'll be the view of the entire government."

Charles Finny, a former trade negotiator and now partner at Saunders Unsworth in Wellington, said that would also be true if New Zealand First went into government with Labour and the Greens, all of whom have also expressed misgivings about the TPP.

Labour has said it wants changes to the deal to restrict land sales to foreigners, but Mr Finny said the party's views could change if it was in government.

Mr Finny warned that attempts to renegotiate the deal with the other TPP countries could open a can of worms.

"You never know - the other parties might be willing to agree to the types of changes that Labour and maybe others are requesting.

"The fear is that by agreeing to make changes for New Zealand, it would open the door for others of the parties to seek changes to their commitments."

But TPP opponents expected political parties to stick to their word.

Lobby group It's Our Future sought assurances from political parties during the election that trade deals should be conducted openly, honour the Treaty of Waitangi and protect national sovereignty and the environment.

The group has a list of 10 requirements, which it asked the parties to respond on, and spokesperson Stephen Parry said two of those parties agreed to all of the bottom lines.

"We presented those 10 policy positions to the various political parties to get their responses.

"New Zealand First and the Greens both came back with affirmative response to everything we put forward so there's a lot of common ground there between those two parties."

Mr Parry said it would be a big concession for New Zealand First leader Winston Peters to ditch his party's position on trade and go into government and support the TPP.

University of Auckland professor Jane Kelsey, another critic of the TPP, has her hopes pinned on a new government that would change the country's approach to trade.

"At present Labour / Greens / New Zealand First would bring an interesting mix of insights, experience and values into that debate and they are all in different ways committed to openness in discussing how we should address trade and investment policies in the future.

"I think people who have been concerned about these agreements will be watching closely and hoping that New Zealand First sticks to its guns. It makes this a pivotal question for the future because it is a potential legacy issue for Winston Peters."

But TPP supporters warned there was a bigger issue at stake.

The International Business Forum's Stephen Jacobi said it would be a costly mistake if the next government turned its back on TPP.

"I'm not sure New Zealand's going to have a lot of leeway or influence over the final result.

"We will have one choice - that's whether to get onto this train leaving the station, or not."

The future of TPP-11 will be discussed at APEC in Vietnam in November.