The first of a fleet of tankers will hit the road today to transport jet fuel to Auckland Airport, as airlines say the worst of the disruption is over. 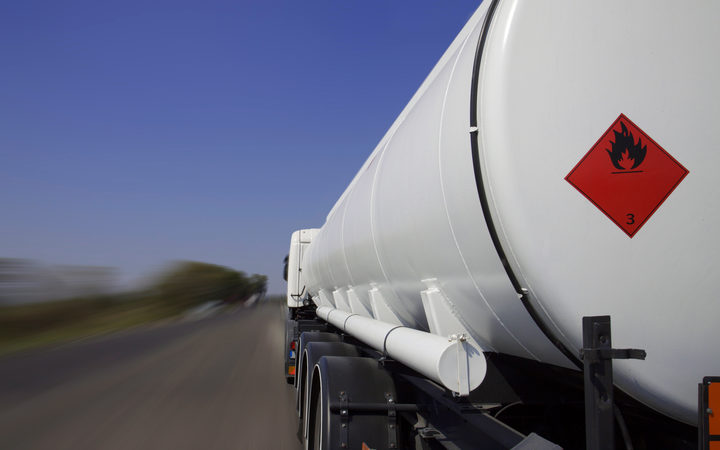 Today marks a week since the main pipeline that feeds the city ruptured, cutting off the airport's supply and causing more than 100 flights to be cancelled.

Eventually, six to eight trucks would deliver aviation fuel to the airport.

The refinery has built a special loading dock for the vehicles and six army drivers have been brought in to help.

It took seven tankers to fill one jet, and Mr McNaught said rationing by airlines was still the principal way to manage the shortage and the fuel being trucked in would complement that.

Jet fuel is highly volatile and work was being done to make the tanker as safe as possible with minimal disruption to road users, he said. The tests would also check the quality of the fuel wasn't affected.

The tankers would take the fuel to a storage facility at the airport, but industry officials said it was still not clear how it would be unloaded.

Another 14 trucks from the refinery, and 34 from Mt Maunganui, were delivering petrol and diesel to Auckland, with the help of Defence Force drivers.

Navy ship HMNZS Endeavour will sail from Devonport this morning to pick up almost five million litres of diesel from Marsden Point, freeing up dozens of commercial tankers to concentrate on moving aviation fuel.

Airlines have had to ration fuel to just 30 percent of what they normally use since the pipeline was shut down over the weekend, after the leak was discovered last Thursday.

Board of Airline Representatives head Justin Tyne Embers said the situation was settling down.

"The airlines are now meeting the 30 percent fuel allocation and their networks are starting to stabilise in terms of delays and cancellations, as they settle into this adjustment," he said.

"What that means is for the next few days you can expect to see fewer cancellations [which will] hopefully minimise disruption to schedules."

He said the number of flights cancelled since last Thursday - 110 - was only five percent of the total number at the airport.

The airlines are expected to remain on the 30 percent ration for at least one more week.