Thousands of passengers have been left in the lurch after a jet fuel shortage grounded dozens of domestic and international flights at Auckland Airport.

Dozens of flights have been cancelled. Photo: 123RF

Oil companies have been forced to ration fuel after a leak in a supply pipeline from Marsden Point was damaged by a digger operating on a farm.

The pipeline from the Marsden Point refinery was shut off within 15 minutes, but by then about 70,000 litres of jet fuel had leaked into farmland near Ruakaka.

Air New Zealand alone has estimated about 2000 customers a day would be affected as it deals with the fuel shortage. 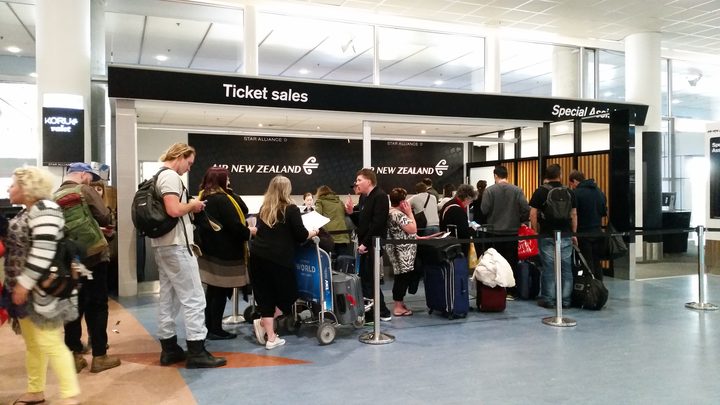 We recommended all passengers regularly check flight info and contact their airlines if their flight is affected https://t.co/vAjz6c8auG

The airline's chief operations officer, David Morgan, said Air New Zealand was doing all it could to minimise the impact on customers but needed to take "all prudent steps" to conserve jet fuel supplies at Auckland Airport.

Air New Zealand was also making sure domestic jet services took their maximum fuel load out of Wellington or Christchurch to reduce demands on Auckland. 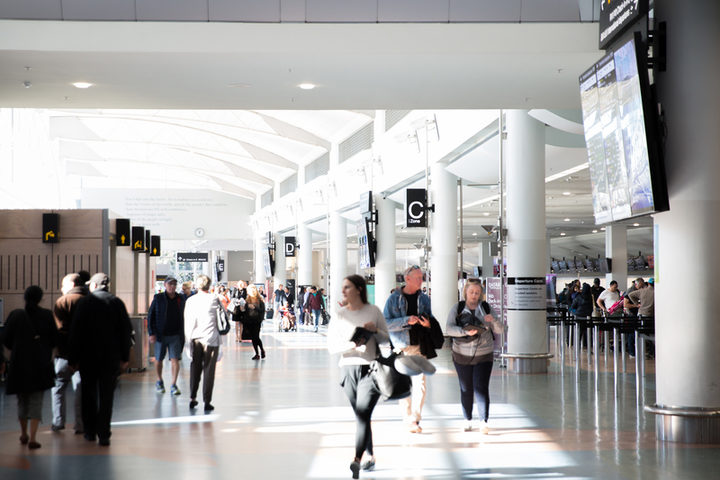 Frustrated passengers at the departure terminal yesterday said there was a lot of initial confusion about the cancelled flights.

Andrew, who lives about an hour and a half out of Auckland, said after he was told his flight to the Gold Coast was called off, he was sent back and forth between airlines to find out whether he would be getting on another flight.

Andrew said eventually Air New Zealand rescheduled a flight for him but the airline told him there was no guarantee he would fly.

He said he was lucky enough to have friends in Auckland who offered him a place to stay the night.

Jordana Saccomani, who was going back to Melbourne, said she hoped the leak was fixed soon.

"It's frustrating and plus if some of the airlines don't give you accommodation then you have to pay for it and not everybody can afford it," she said.

"Plus if you come to a country that you don't know ... it's difficult."

Refining NZ has estimated it could take 10 to 15 days to fix the crack in the pipeline.

It said it was exploring other ways to get jet fuel to Auckland Airport, such as shipping or by road.

The government has offered to "work with" airlines hampered by the shortage of jet fuel.

Has your flight been cancelled?

Air New Zealand said it would work through any issues for aircraft operations over the next couple of days.

It said it would let customers know directly about flight changes and wanted passengers to check the Auckland Airport website for flight details or its travel alerts.

An airport spokesperson said oil companies were limiting the fuel to airlines.

In a statement, Jetstar said they were rationing fuel and were working to minimise the impact on their customers.

It encouraged people who thought their flights might be affected to check the status online.

A Singapore Airlines representative said none of their flights had been disrupted by the fuel shortage, but they would continue to assess the situation daily.

An Emirates spokesperson said its daily non-flight from Auckland to Dubai was routed via Christchurch last night, with the flight to operate via Melbourne today.

It said passengers would not be required to get off the plane at either Christchurch or Melbourne.