A fuel shortage at Melbourne Airport has forced some international flights to divert to refuel and could cause flight delays into the weekend. 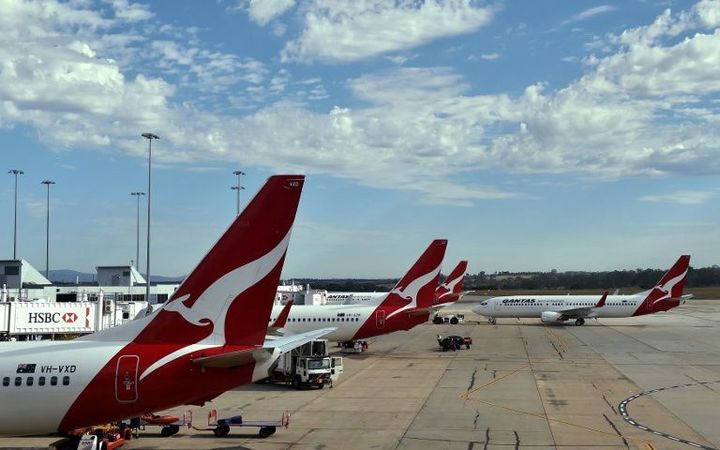 The fuel shortage is expected to delay flights at Melbourne Airport. Photo: AFP

The ABC reports less than 2 million litres of aviation fuel is available at the country's second busiest airport after a shipment of imported fuel failed quality controls following its arrival by ship in Melbourne.

"While Melbourne Airport falls under the jurisdiction of the Commonwealth, the Andrews Labor Government is willing to provide any assistance it can to ensure a prompt resolution," she said in a statement.

"I've also asked for an urgent meeting with Mr Chester to discuss the development of a plan for greater storage capacity and the need for competition among fuel suppliers."

The supply of fuel from Victoria's two local refineries, which provide fuel directly to the airport via a pipeline, is operating normally, according to the ABC.

The incident is believed to be far more severe than two fuel shortages last year that forced airlines to ration fuel when flying, and has raised serious questions about the reliability of Australia's fuel supply system.

A decade ago seven fuel refineries operated in Australia, but that number fell to four last year following several closures in Sydney and Brisbane.

Two refineries still operate in Victoria and provide much of Melbourne Airport's requirements, but imports from Asia are needed to meet extra demand.

A spokesperson for ExxonMobil, which manages the airport's fuel supply on behalf of all fuel providers, said today's problems were the result of disruptions to jet fuel deliveries at multiple terminals in recent weeks.

"ExxonMobil is currently working with industry partners and aviation customers to manage a jet fuel supply issue at Melbourne Airport," the spokesperson said.

"As a jet fuel supplier to Melbourne Airport, ExxonMobil is also working to support other fuel suppliers in minimising any disruption to their customers.

"All jet fuel is rigorously screened at multiple points in the supply chain to ensure product quality."

A spokesperson for Qantas said the fuel shortage was not impacting its domestic services and its flights to Hong Kong and Singapore would stop in Sydney to refuel.

Virgin Australia said the fuel supply issues may cause some flights to be disrupted.

A spokesperson for Melbourne Airport said in a statement the airport was working closely with airlines to manage the shortage.

"Melbourne Airport understands that airlines are managing potential impacts and that there has been limited impact on airline schedules at this stage," the spokesperson said.

"Melbourne Airport recommends travellers contact their airline for the most up-to-date information about flights today."