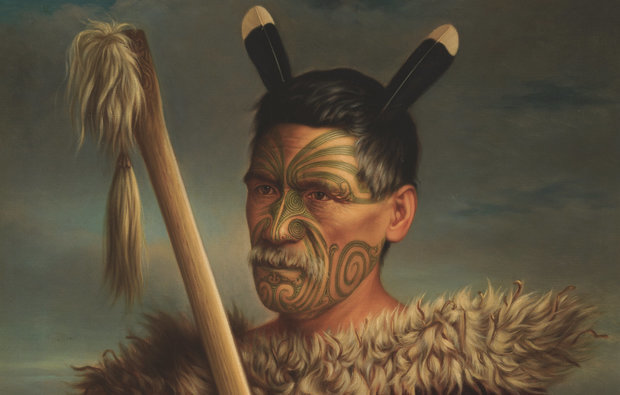 Dozens of portraits of Māori by the famed artist Gottfried Lindauer, whose work is pictured here, are set to go on display in the United States. Photo: Auckland Art Gallery Toi o Tāmaki, gift of Mr H E Partridge, 1915.

Thirty-one portraits of Māori by the famed artist Gottfried Lindauer are set to go on display in the United States today.

Auckland Art Gallery director Rhana Devenport said it was the first time there has been a major exhibition of Māori portraits in the United States.

"It's a perfect home for the collection, the museum already has some beautiful taonga from New Zealand and also it's a spectacular museum and very highly respected."

She said some of the works had been to the US before.

"A very small number of works were sent over in the early 1900s to the St Louis World Fair and they won the award for the best exhibits at that fair, so it's fitting more people will be able to see the larger collection."

"Art is a window to the world and a window to other perspectives of humanity and in this case such a magnificent insight into Māori culture," Ms Devenport said.

Last year the gallery asked New Zealanders to search their homes for undiscovered Lindauers and some of those paintings are included.

The paintings were accompanied by two staff members from the Auckland Art Gallery to ensure their safe passage.

Fine Arts Museums of San Francisco director Max Hollein asked for the collection to be shown in San Francisco, and said the gallery was honoured to share the paintings.

"This unique exhibition not only presents the astonishing oeuvre of Lindauer but also addresses the complexities of what a painting is and can be.

"It is fascinating that a Czech painter, trained in the European style of 19th-century portraiture, became the most celebrated portraitist of Māori in New Zealand.

"We appreciate that for Māori these paintings are living connections to the past and are conduits for remembering and sharing the remarkable life stories of their ancestors," Mr Hollein said.

It's not the first time the collection of portraits will leave New Zealand soil, they have were shown in Berlin and Pilsen in the Czech Republic in 2015.

An exhibition of the Lindauer works in the Auckland Art Gallery which closed in February this year was visited by nearly 100,000 people.