A Christchurch man has set up a mock prison cell outside his insurer's office to protest outstanding earthquake insurance claims. 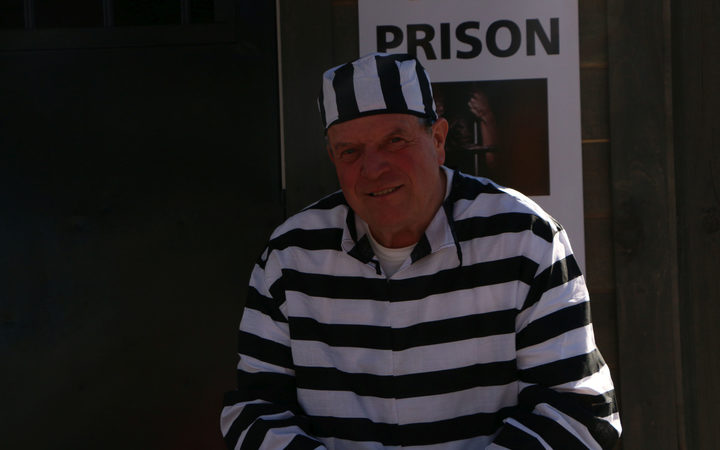 Jerry Larason, who today dressed in a prison suit with a ball and chain attached to his ankle, said it was ridiculous that he and other Vero Insurance customers were still waiting to have their claims settled six years on from the 2011 quake.

Mr Larason said the company was unfairly prolonging the settlement process and people felt like they were trapped in a "Vero Prison."

"[The Vero Prison] is the concept that they have actually imprisoned our lives," Mr Larason said.

"It has gotten to the point where it is insulting and it's personal."

In a statement, Vero said it was doing everything it could to settle claims in Canterbury as quickly as possible.

"We're proud of the role we're playing in the recovery of Christchurch and we remain committed to resolving all outstanding claims," it said.

It said it had fewer than 250 remaining residential claims to settle, and many of those were only passed on to it from the Earthquake Commission in the last year.