All Black great Colin Meads will be laid to rest today in Te Kuiti, after one last beer with his friends on Sunday. 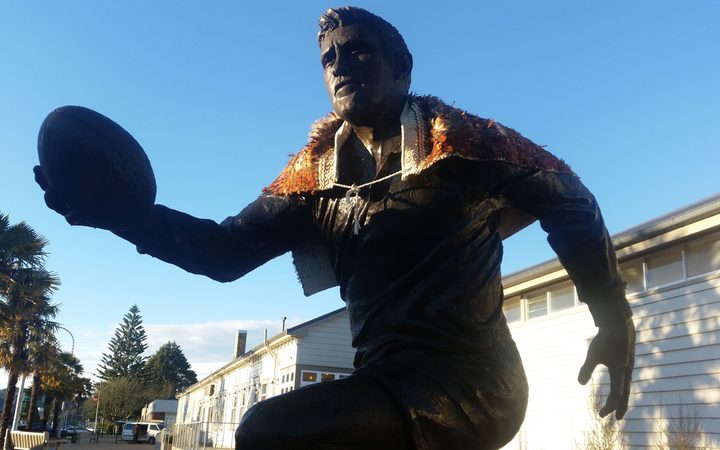 The funeral for Colin Meads will start at 1pm today. Here, a korowai has been placed over his Te Kuiti statue's shoulders. Photo: RNZ / Eva Corlett

Sir Colin died last Sunday at the age of 81 and thousands are expected at today's funeral.

But yesterday, Sir Colin - also known as Pinetree - was taken to the Waitete Rugby Club to have one last Sunday session with his friends.

A crowd of almost 200 friends, fans and family gathered, and long-time friend Bud Snowden helped carry Sir Colin in for the old tradition.

"We've had a sort of a Sunday school going for many years, 10 or 12 or 15, and 20 of us come down for a beer in the clubrooms. And 'Tree would always come in at 5 o'clock... and away we'd go, we'd have a few more. And it's been like that for years and years and this is what today was, the Sunday school boys [coming down] to have a few beers with our mate." 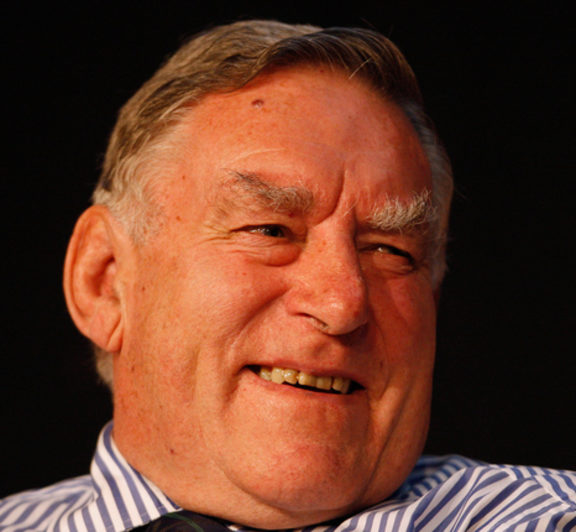 Pinetree almost got everything he asked for, Mr Snowden said.

"His saying was, 'when they stop asking for my autograph, I'll know they don't like me', but that never happened."

Sir Colin was also the police patron of Recruit Wing 225.

Whiti Timutimu was one of those recruits and said she was over the moon when she found out Sir Colin was going to be her wing patron.

"I played women's rugby, I was a referee at that stage and I was at college and I thought, 'oh my gosh this is a dream come true to have someone like him as a wing patron'."

Ms Timutimu travelled from Gisborne to be in Te Kuiti, and will be in uniform for the funeral, along with her colleagues, to pay their respects.

The funeral will be held at 1pm at the Les Munro Centre in Te Kuiti.

Local mayor Brian Hanna said the council had been working on the logistics since last Monday.

He said he was not sure how many people would come, but there would be enough seating for about 2500 people.

There will be a procession through town before the funeral and the wake will be held at the Waitete Rugby clubrooms.