The King Country community and its schools have been mourning the loss of the former All Black great Sir Colin Meads, who died yesterday. 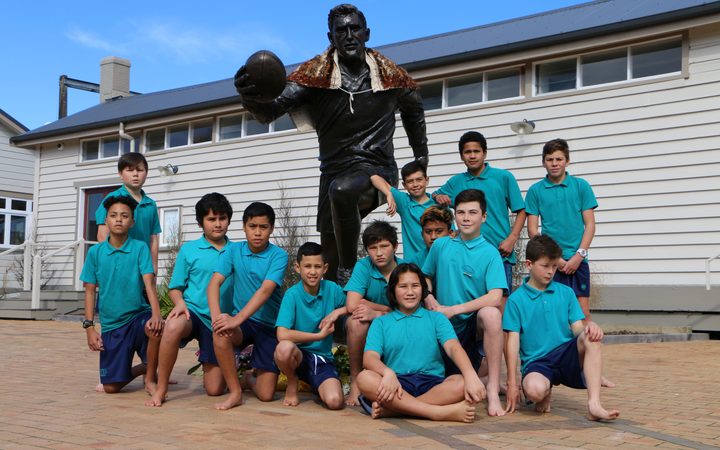 The Kapa Haka group performed to the giant bronze statue of Te Kuiti's favourite son, which has become the central point for locals to pay their respects.

The students described him as a legend, helpful, hearty and a great role model to the community.

Pukenui school also sang a song dedicated in part to Sir Colin and lowered their flag to half-mast.

A cloak nicknamed the traveller, woven by Dame Rangimarie Hetet - tohunga raranga, or master weaver - has also been laid on the statue of Sir Colin in his honour.

Dame Rangimarie's granddaughter, kaitiaki Kahu Te Kanawa, said it was covered in pheasant feathers and as such was probably befitting of a farmer who probably did a lot of hunting.

"Whenever someone passes - and a lot of cousins know if you haven't got a family cloak of their own - we let them use ours. 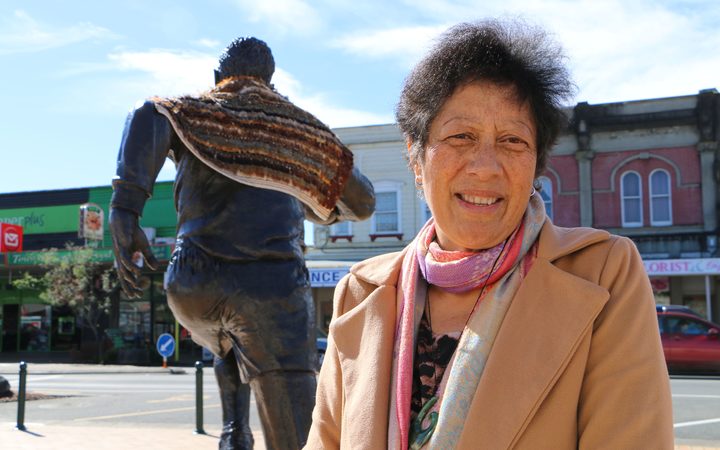 "And that's to honour the person but also to make sure the cloak of aroha, of love, is spread on such a sad occassion."

She said Sir Colin had likely kept generations of boys out of trouble by inspiring them to play rugby.