A fleet of Auckland's obsolete commuter trains is on its way to a new life in Mozambique. 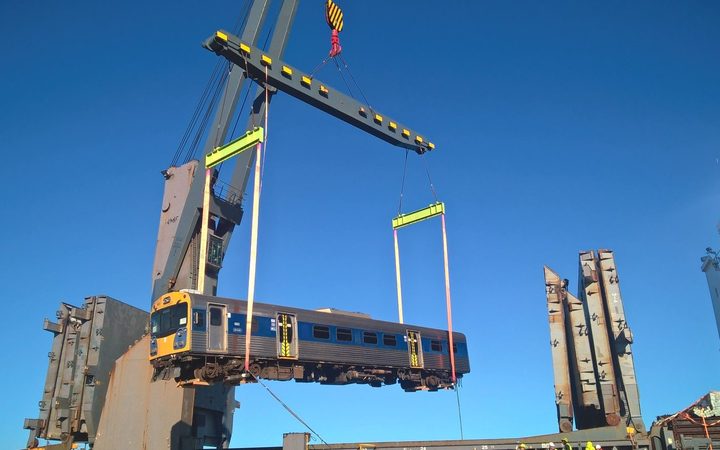 One of 17 obsolete diesel units preparing to be shipped from Mount Maunganui to Mozambique Photo: Supplied / Auckland Transport

After being sidelined in 2014 by electric trains, the 50-year-old ADK and ADB class units have been stored in Taumaranui.

Auckland Transport has been seeking buyers for the fleet and Mozambique authorities paid a deposit two years ago. 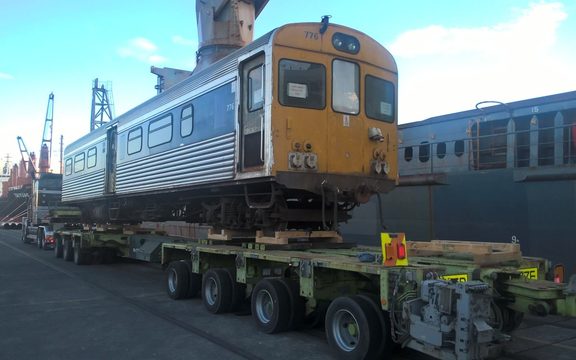 Unrest in the African nation is understood to have held up the deal, however 17 of the trains are now set to be shipped there from Mount Maunganui.

The trains are the oldest of a fleet of diesel units bought second-hand from Perth for Auckland's then almost-extinct commuter rail service in 1993.

The agency has given no details of the sale price.

Another 10 pairs of the slightly newer ADL-class diesel units remain in service between Papakura and Pukekohe but are expected to be replaced in four to five years by electric or battery-powered trains.

Auckland Transport is still trying to negotiate the sale of up 110 refurbished rail carriages, which had been hauled by locomotives prior to electrification in 2014.

They remain in Taumarunui. 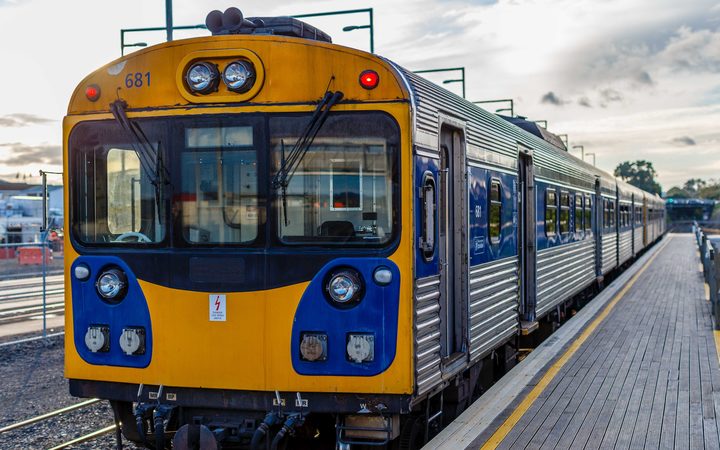 One of the Mozambique-bound ADK units in earlier service at Pukekohe Photo: Supplied / Auckland Transport