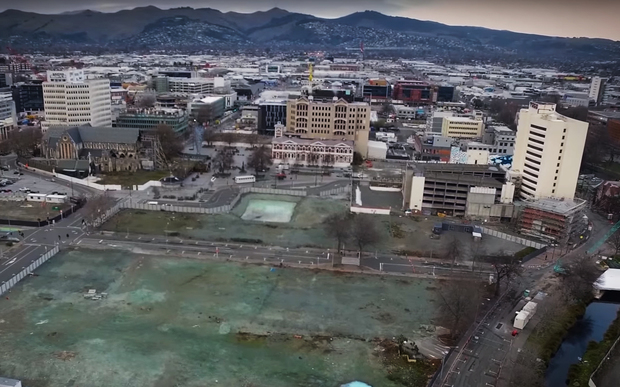 The lot where a new convention centre will be built in downtown Christchurch. Photo: Frank Film

Prime Minister Bill English announced this month that a $240 million contract had been awarded to CPB contractors to complete the design and construction of the centre.

However, Ms Wagner said this afternoon the total cost of the project, including land acquisition and professional services, was nearly double that at about $475m.

She told Checkpoint with John Campbell the government still did not know who was going to be running the centre. 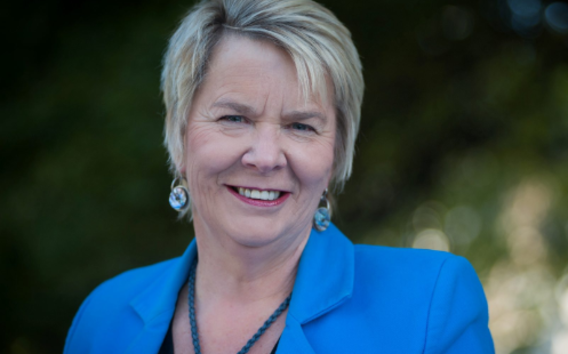 She said the plan at the moment was for the crown to retain ownership, but there had also been some interest from people to buy the centre for about $500m.

She said the original business case had been released, but the crown was waiting to release the current one as it was still tendering the contract.

The economic benefit to the city had been estimated to be about $321 million over the first eight years, and $57m to $60m for the years after that.

Ms Wagner said it had worked with hotel chain Accor - the crown company Ōtākaro's preferred operator - to make sure the centre was commercially viable.

However, she said Accor was not guaranteed to be chosen as the operator.

"We've also spoken with other operators and they tell us that basically if it works for Accor it works for them. So they are not the only people involved in this, they have not captured the process."

Ms Wagner said the higher figure included the $74m cost of the land, and $34m on professional services such as lawyers, architects and engineers.The government has not released all the additional costs, saying it is commerically sensitive for now.

A press release about the awarding of the construction contract said CPB had committed to a completion date of early 2020.

The centre is proposed to feature: