The New Zealand men's bridge team has reached the semi-finals of one of two premium bridge tournaments in the world. 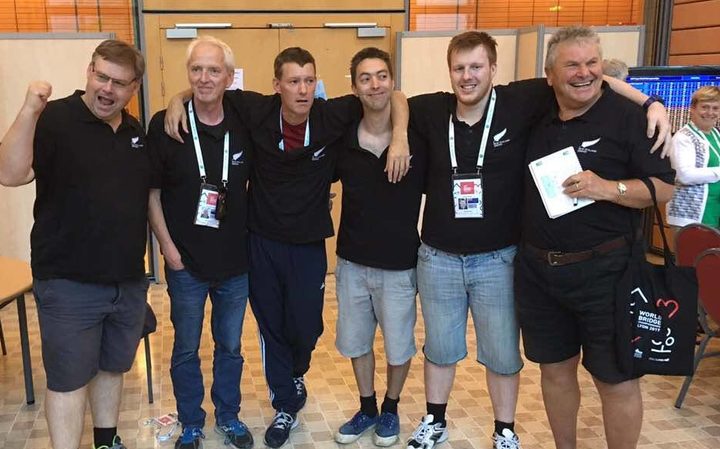 The New Zealand men's bridge team, 'The Bridge Blacks', shortly after learning they are through to the semi-finals. Photo: Bridge Blacks

The Bridge Blacks are one of 22 teams who have been contesting the Bermuda Bowl, which is being played in Lyon in France.

The team successfully negotiated the Round Robin to make the final eight.

They then beat the highly-ranked Dutch national side in the quarter finals to reach the semis against France.

"New Zealand has played internationally in these events for many years," he said.

"But it has never reached the knock-out phase, let alone getting to the semi-finals, so it is really significant."

The New Zealand side consists of two teams of two players each, and a third that is held in reserve.

Almost all team members are from Auckland's Akarana Bridge Club.