The New Zealand women's rugby side is on course for a fifth World Cup after toppling the United States 45-12 in the semi-finals in Belfast. 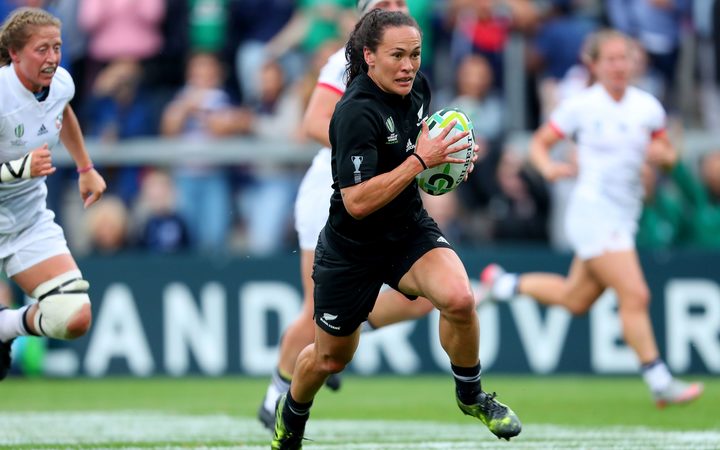 Portia Woodman scored four tries in the Black Ferns win over the US in Belfast overnight on Wednesday. Photo: Photosport

The Black Ferns didn't have it all their own way as they only led 15-7 at halftime.

But they took control in the second half, playing the majority of the game in the opposition half and dominating possession. 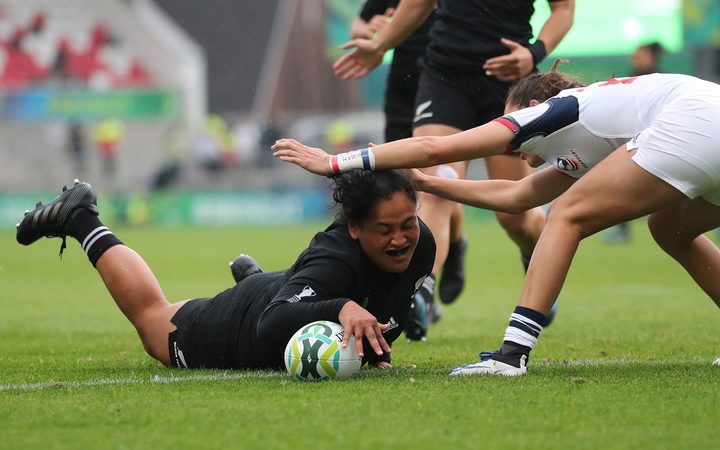 Te Kura Ngata Aerengamate scores against the US. Photo: Photosport

The New Zealanders went down to 14 players for 10 minutes late in the game when Linda Itunu was sin-binned for a high tackle, but they still managed to score a couple of tries in her absence.

Black Ferns captain Fiao'o Faamausili said she was overjoyed to be in the final.

"I'm just so excited... and full credit to the USA team, they kept battling right through to the 80th minute, so we have a lot of respect for them and they really gave it to us," she said.

Faamausili said the match was much tougher than the scoreline suggested.

"The girls had to dig deep and we have been training really hard throughout the week [so] our preparation has been on point and I couldn't be any prouder of the way we played today.

"We went down to 14 players and then we had to step it up another notch so I'm very, very happy."

It's four tries for @portiawoodman and @blackferns move closer to a #WRWC2017 final spot: https://t.co/qwSyxpZTdh pic.twitter.com/m47Da0nAxy

HAKA: @BlackFerns deliver a fierce Haka ahead of their semi-final at #WRWC2017 https://t.co/qwSyxpZTdh pic.twitter.com/GlPtoaFYHd