The Black Ferns made particular hard work of winning their rugby world cup semi-final and will need a marked improvement if they're to win title, said coach Glenn Moore.

Moore said while it was satisfying to reach the final they made too many errors around the breakdown and coughed up possession too often on their way to their 45-12 win. 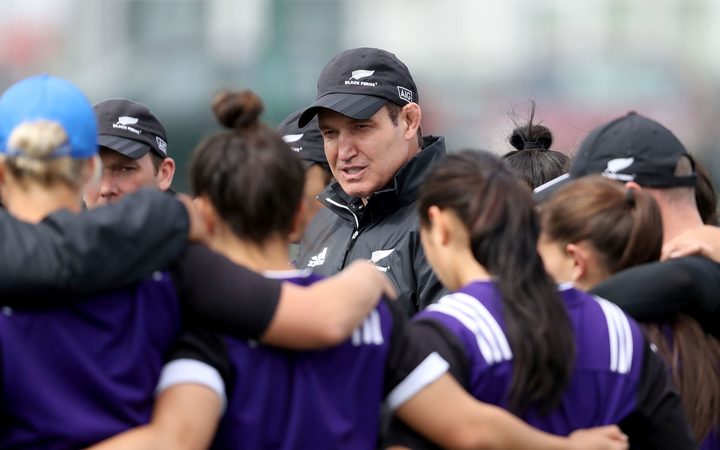 Despite his concerns Moore was pleased with the way the side stuck to the task.

"We knew we would have to hang strong at times and knew that we would create some opportunities...and I thought we executed some of those really well."

"We'll definitely have to go up another notch (in the final) that's clear," he said.

Winger Portia Woodman who scored four tries in the match and is the tournament's leading tryscorer on 13 concedes the Black Ferns started too slowly in the semi.

"The Americans came at us really hard in the rucks and setpieces but once we got a solid lineout and a solid scrum I was just hanging out wide waiting for the ball," she said. 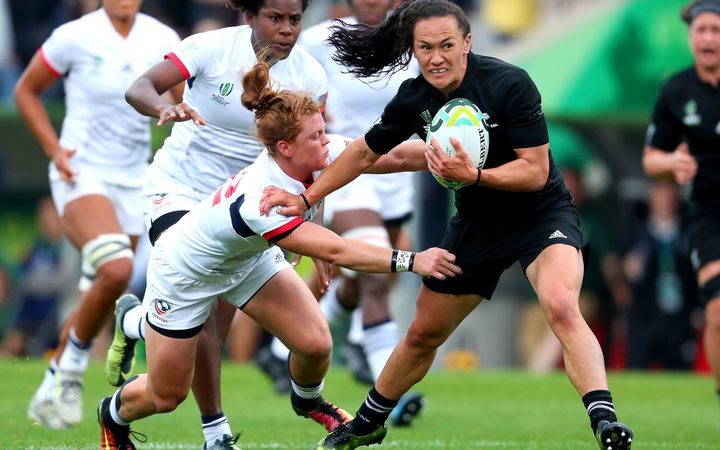 Portia Woodman fends off Akev Kelter of the USA, during the Black Ferns' semi-final game at the Rugby World Cup. Photo: PhotoSport

Woodman said there was a noticeable increase in intensity being a semi final and the Americans physicality never let up.

Woodman will now be playing in her first world cup final on Sunday morning.

"It's pretty cool...it wasn't until the final whistle that you look around and go 'oh my goodness' we are actually in the final."