The initial findings from the study were presented at the Canterbury Primary Principals Conference in Hanmer Springs today by the university's associate professor of health sciences Kathleen Liberty. 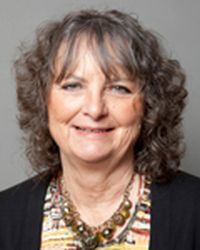 She said schools were encouraged to adjust meal break times and remove items hanging from classroom ceilings, to reduce anxiety caused by a fear of things falling on them.

"The strategies produced a remarkable change in the schools, around 30 per cent of children had gone from having a few behaviour issues [that went] down to zero ... so that was a 30 per cent increase in children having no behaviour problems."

Margaret Trotter, the principal of Oaklands School in Halswell and the president of the Canterbury Primary Principal's Association, said the study's findings were positive.

Mairehau Primary School was one of the five schools in the pilot study.

Principal John Bangma said the new approach had made a difference.

"They [the pupils] are far more peaceful and calm, than maybe they are at home, because of the environment we are setting up for them," he said.

But Mr Bangma said while the strategies were part of the solution, schools still needed more government funding and access to mental health support.

Dr Liberty said the university was hoping to do conduct a similar study at a Christchurch high school in 2019.