Sue Bagshaw is the chairperson of the Korowai Youth Wellbeing Trust and former president of the International Association of Adolescent Health.

She told Checkpoint with John Campbell that receptionists working at her clinic became worn out having to turn patients away. 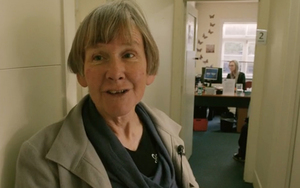 Dr Bagshaw said they were given referrals from schools and hospitals but simply did not have the resources to cope.

According to Canterbury DHB figures, demand for child and youth mental health services has risen by 73 percent since the earthquakes.

And a senior figure in mental health at the DHB, speaking on condition of anonymity, told Checkpoint it was not even a secret that they could not cope with demand.

University of Canterbury associate professor Kathleen Liberty has been running a longitudinal study of children in post-earthquake Christchurch.

She said in some eastern and southern suburbs, children were experiencing many symptoms of post traumatic stress disorder (PTSD).

"We have now around 320 families and we've been following the families since late 2012 and early 2013 and then we've picked up more families each year."

Symptoms include anger, volatility, bed wetting, but Prof Liberty said there were children who were even self-harming and feeling suicidal.

"Even children as young as nine talking about suicide."

She said at its most severe, the level of post-quake PTSD was on par with children in homes where there was domestic violence, or where a parent has died unexpectedly.

"When you have a child who's had a terrible home experience, a death in their family ... there's a number of community resources that can come around and help support the family.

However, whole communities in Christchurch were struck by disaster and there were not enough resources to help everyone, she said.

"We're sitting on a time bomb. I've been talking to the Ministry of Health over and over about the fact that we need to do something now to prepare for this coming through.

"Because it is obvious nothing is being done for them.

"We need to have psychiatrists and psychologists in primary care right now, ready for these kids," Dr Bagshaw said.