At least 25 adult mental health patients a month are having to move out of hospital overnight in Christchurch because of a bed shortage. 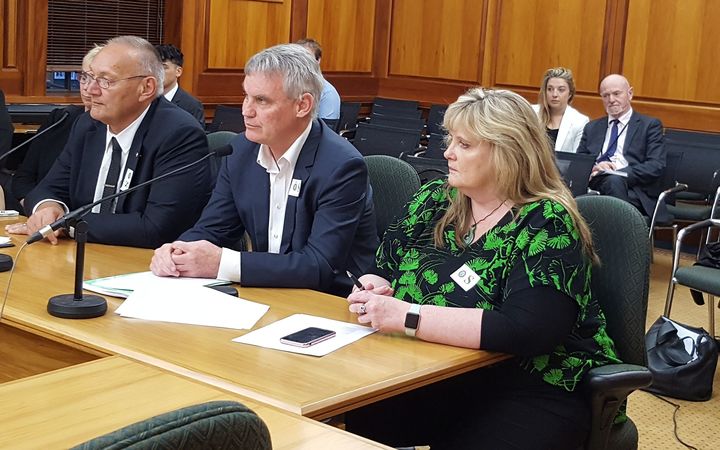 Canterbury District Health Board chiefs told Parliament's health select committee today that was one of the many major pressures it was still facing post quakes.

"What we have, and with the interventions we're doing, is we believe that we're moderating some of that increase, but actually the level of increase has been dramatic."

Over the past year there had also been an average of 80 to 85 adults needing care at the Hillmorten Hospital facility, which had just 62 beds.

"While the 80 plus are managed within the unit during the day, we are needing to place them in a range of different locations to ensure that they are housed or accommodated overnight in safe and appropriate supportive accommodation," said Mr Meates.

"The teams are seeing 700 more adult clients each month than pre-quake and running inpatient beds with no spare bed capacity. But more importantly for the future of our region, our teams are seeing 300 more children per month and supporting 116 schools directly with counselling."

He said beds for them were found at Princess Margaret Hospital and through non-governmental organisations.

"Pretty much on a daily basis there's a significant amount of shifting of both individuals and those under care and staffing resource to match that. Though I think more importantly it's the impact on the clinical outcomes and the restorative care framework which is and does have negative impact on our clients."

Mr Meates said they expected a levelling-off but after dropping during parts of last year, mental health cases were rising again.

"What we're also worryingly seeing is the 18, 19, 20-year-old group. Those were ones that were transitioning from primary school to secondary school in 2011. Again a significant increase in a range of different social agencies [involved] including police and justice," said Mr Meates.

The DHB was also spending $2.5 million a year for extra staff to support patients in the child and adolescent, eating disorders and mother and baby services at Princess Margaret Hospital, where there's minimal medical and nursing cover available.

Chief medical officer Sue Nightingale said it was not ideal.

"We've got, for example, in the rehab unit bits of the building shored up with big planks and visible cracks in the wall, and it's just demoralising for patients and staff to be treated in that environment."

Asked about Kaikōura, the DHB said it expected that area to face similar mental health challenges over the next 18 months to two years.