The heritage value of a derelict and abandoned block of 'brutalist' style Wellington flats has come under harsh criticism from the head of Victoria University. 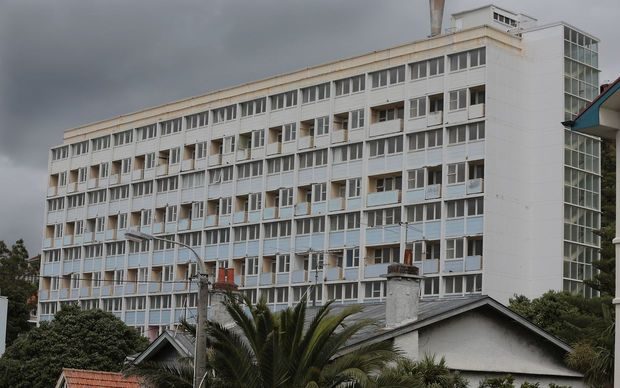 The Gordon Wilson flats on The Terrace in Wellington. Photo: rnz

The Environment Court ruled against removing the heritage status of the Gordon Wilson flats last week, which would have paved the way for the university to demolish them.

Victoria University of Wellington vice chancellor Grant Guilford said the city should value its heritage but should not be imprisoned by it.

"I think our views concur with that of Wellingtonians, that this building does not make a positive contribution to Wellington's built environment.

"We also don't think urban environments should become architectural museums, in which citizens have to endure exhibits of never-to-be-repeated architectural faux pas of novelty value to architectural connoisseurs."

The university is now working with Wellington City Council to consider a range of options, including a possible High Court appeal.