Housing New Zealand is refusing to be drawn on the future of a large apartment block in the capital, even though 100 people are on waiting lists in the Wellington region.

In May 2012, the agency moved 131 people from the Gordon Wilson flats on The Terrace, when it found concrete facades could fall in an earthquake or strong winds.

Nine months later, he has released a statement saying negotiations are continuing.

Wellington Central MP Grant Roberston fears Housing New Zealand is negotiating to sell the site. He says Housing Minister Nick Smith needs to give an assurance the site will stay as social housing.

Stephanie McIntyre works with homeless people and says there is a crisis of affordable housing in the city.

Ms McIntyre from the Downtown Community Ministry says there is a strong demand for accommodation for single people in the central city, which is exactly the type of accommodation the Gordon Wilson flats provided.

Work on the upgrading of several blocks of council flats is also compounding the housing shortage, she says. 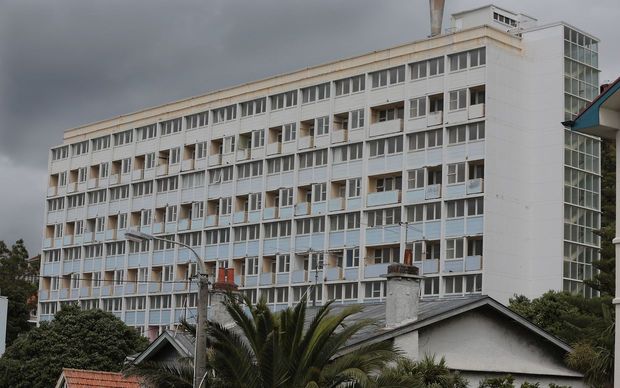 The Gordon Wilson block of flats on The Terrace. Photo: RNZ