A disease wiping out native forests in Hawai'i could do the same to pōhutukawa and rātā here if biosecurity measures are not stepped up, leading botanists warn. 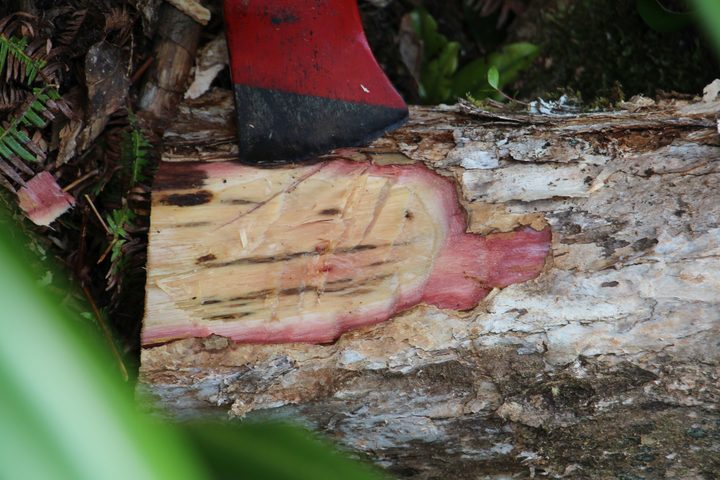 Rapid ōhi'a death has killed hundreds of thousands of Hawai'i's native pōhutukawa - the ōhi'a tree. Once the fungal disease infects a tree it can die in a matter of days.

Department of Conservation principal scientist Peter de Lange said if the disease got into New Zealand it could have a drastic effect on the the pōhutukawa plant family, Metrosideros.

The fungus behind the plant disease, Ceratocystis fimbriata, lives in the soil and causes leaves to turn black and fall off, killing trees "almost overnight".

"It's dispersed by insects that bore through the infected wood ... and also in dirt - say on people's footwear - or on pigs, those kinds of things.

"If this disease got into New Zealand, it's going to have a devastating impact on anywhere there is metrosideros. That's going to be potentially the whole country.

"They form the dominant forest type. If they die, we're in serious trouble." 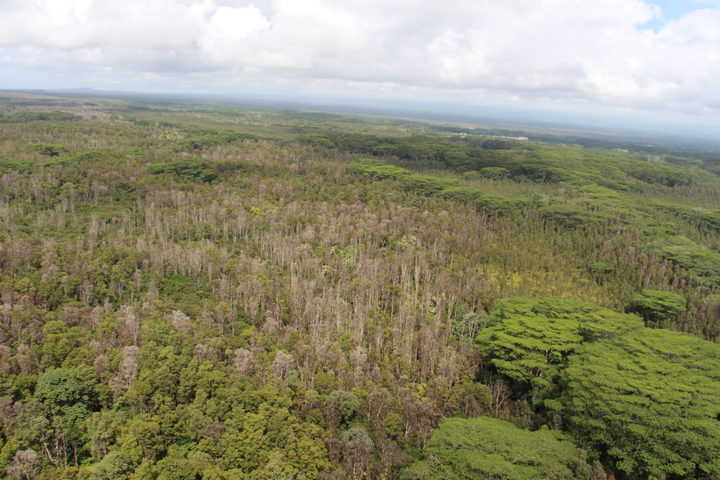 He used the example of Rangitoto Island in Auckland to paint a picture of how it could kill native trees here.

"Rangitoto is world famous as a young volcanic island that appeared out of the sea and everything that's native that's occurred there has naturally arrived from the adjacent mainland.

"It's of huge ecological and botanical significance. If this disease got onto Rangitoto, there'd be 100 percent death. So we'd be looking at a black, basalt-coloured landscape with a few stunted trees."

Mr de Lange said biosecurity warnings should be placed on all planes going between New Zealand and Hawai'i.

The University of Hawai'i said the disease was currently restricted to the island of Hawai'i - though some believe it has now spread to Tahiti where large numbers of native metrosideros have died quite suddenly.

Landcare Research principal scientist Peter Bellingham said rapid ōhi'a death was from the same class as dutch elm disease which had effectively wiped out elms throughout most of Europe.

"If I was going to draw an analogy, myrtle rust would be the common cold ... rapid ōhi'a death, that's more like catching cholera. 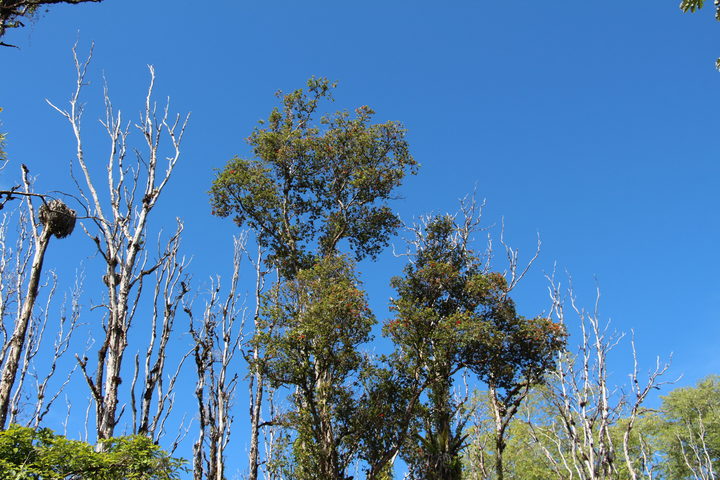 RNZ knows of one case where a woman had to persuade New Zealand biosecurity officers to sterilise boots she had worn while hiking in Hawai'i forests.

She said the biosecurity officers were happy to do it, but not until she had explained to them the threats of rapid ōhi'a death.

Mr Bellingham said the stakes were too high for border patrols not to know about the disease.

"Our vigilance at the border about this one has to be paramount. The tree in Hawai'i is so closely related we are really at major threat.

"Anything that arrives from Hawai'i that could be a potential vector for it should be a matter of concern."

"I always make sure I scrub my gear before I come back. I tell that to the people at the border but I seldom have them actually pull out stuff and check it to make sure I've done what I've said I've done and there hasn't been a bit of soil left on there despite my best efforts."

The Ministry for Primary Industries is yet to answer questions about what it knows of rapid ōhi'a death, but a 2015 statement said it had recently become aware of it.

At that time it put restrictions around importing 39 plant families known to host the fungus where the strain comes from.