Some Bay of Plenty iwi say the Ministry for Primary Industries has failed to properly engage with Māori in its response to the fungal myrtle rust outbreak. 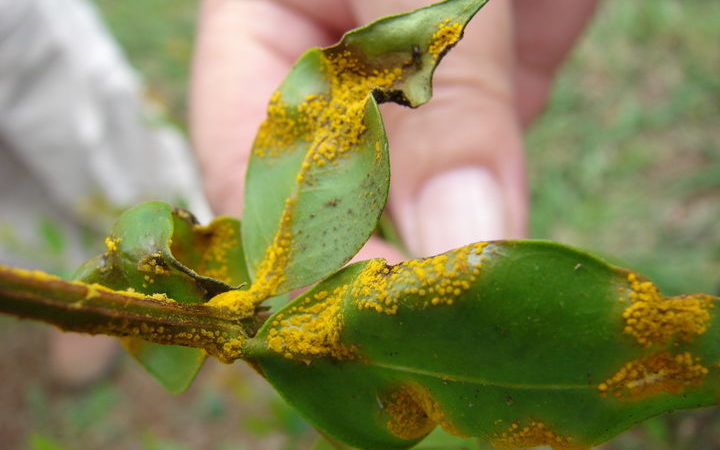 There have been 29 cases of myrtle rust in Te Puke. Photo: Supplied

Myrtle rust harms trees including ramarama, pōhutukawa, mānuka and rata and has so far been found on 105 properties.

The ministry met with about 25 people representing a variety of iwi in Bay of Plenty on Thursday.

There have been 29 cases of the disease found in Te Puke.

Iwi members were heavily critical of the way the ministry engaged with them over the incursion and voiced their condemnation at the Thursday meeting to MPI officials.

Carlton Bidois, a resource unit manager from Ngāti Ranginui, said the ministry had known about the fungal disease since it started killing native trees in Australia seven years ago and Thursday's meeting was far too late.

"It's been 10 years or so by their own admission that they've been working on a possible incursion of myrtle rust.

"Why was there any hold up in proper engagement with iwi Māori, especially after the enormous amount of work MPI says they've done for 10 years on a possible incursion?" 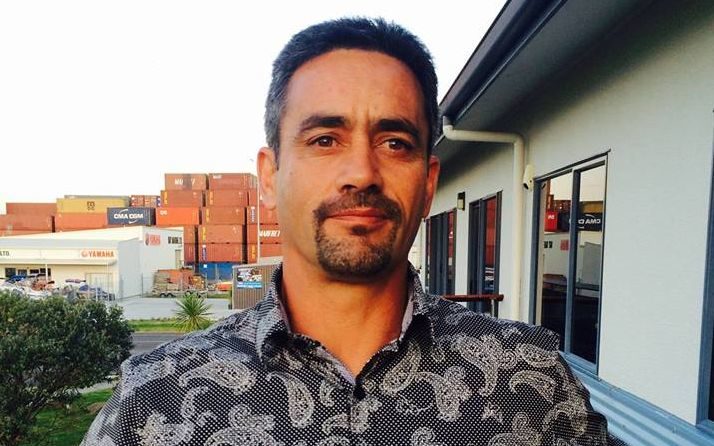 Carlton Bidois said the ministry only spoke with the iwi closest to where the first incursions were found in Te Puke. Photo: Supplied

When kauri dieback was discovered Mr Bidois was approached to collect seeds for a seedbank with the intention of doing scientific experiments to identify possible strains of resistant kauri.

"I was engaged on the ground, provided with a contract and assistance from scientists from Landcare Research. Together we collected the seed. All the cultural parameters ...were all dealt with contractually."

Mr Bidois said the ministry only spoke with the iwi closest to where the first incursions were found in Te Puke.

"There are multitudes of iwi in that area that needed to be engaged to warn them, train them in the detection of myrtle rust so that you could have any realistic chance of stopping it spreading any further. They failed to do that."

Hayden Henry from Ngāi Te Rangi was also at the meeting.

"It's about recognising tangata whenua status, the local hapū or iwi, in regards to this area of concern and how they are being engaged to look at it together with MPI.

"At the moment it seems to be MPI driving it all on their own."

He said while it wasn't yet clear whether myrtle rust had reached his area, it was affecting a neighbouring iwi in Te Puke.

"It's about saying to MPI that one size does not fit all."

An MPI spokesperson said it attended the hui to provide information about the myrtle rust response.

"There was some robust discussion on matters and there was some criticism of MPI's engagement with iwi during the myrtle rust response in Te Puke.

"MPI agreed there was room for continued improvement and we are committed to doing that."

He said MPI did get some good feedback for being in the room and starting the conversation with Māori.