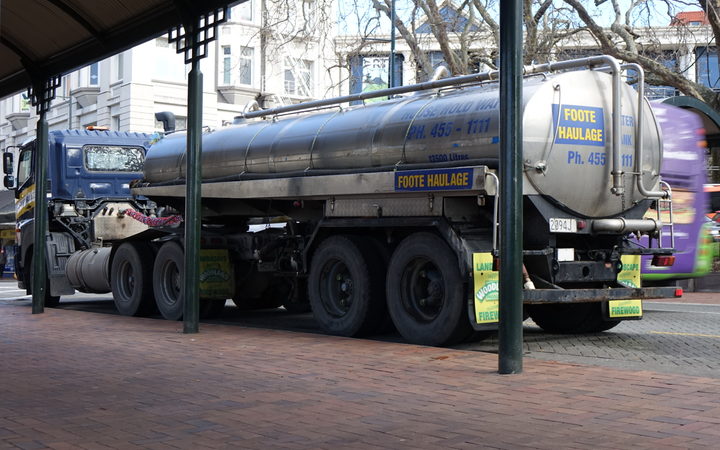 A tanker stationed in the Octagon has been supplying clean water to residents. Photo: RNZ / Ian Telfer

Water from a disused reservoir was let into the municipal pipes in central and north Dunedin on Monday afternoon, prompting the boil-water notice for thousands of people until at least Friday. 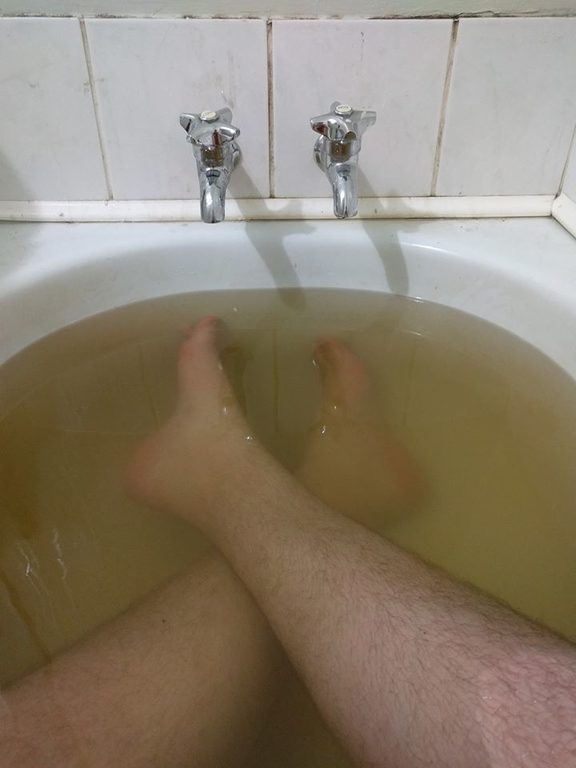 One resident posted this photo on Facebook on Tuesday, saying "this was my freshly drawn bath at 6pm last night". Photo: Alexander Kirk

The notice will stay in place until three consecutive days of bacteria tests come back clear.

It expects the first results this evening and council spokesperson Ruth Stokes said they would receive further results tomorrow morning.

"We will make them available as soon as we can."

An emergency operations centre has been opened and tankers are stationed at eight places around the city for people to get clean drinking water.

The Southern District Health Board said the number of gastric illness cases in Dunedin had not increased so far.

The city's water supply was contaminated with water from the Ross Creek Reservoir, which had been unused for some time. When it was drained recently, a pipe thought to be discontinued - according to 30-year-old plans - was instead found to lead to the drinking water supply.

Dunedin City Council chief executive Sue Bidrose said there were no signs of any illness caused by the dirty water yet, but water would need to be boiled until at least the end of the week.

"We're sampling the water that is coming through the pipes - we've got 14 sampling sites around town - and sending them off for quick testing to look for any of the water-borne pathogens that shouldn't be in your drinking water."

She also said the council was not liable under the water bylaw for water quality or interruptions.

She said businesses that had been severely affected could apply to a hardship fund.

"What we've done is we've had a look this week. The entire commercial water rate take is about $100,000, we've put that aside and we'll look to make a discretionary fund that people can apply to if they can show they've got particular hardship over and above a normal weather-related event."

Southern District Health Board medical officer of health Keith Reid said the risk of illness could not be ruled out entirely, but at this stage it was low.

"The city council were onto this very quickly - it was a matter of a few hours after the breach of the integrity of the supply was identified - and we know from testing yesterday that chlorine levels in the system are back to an effective level." 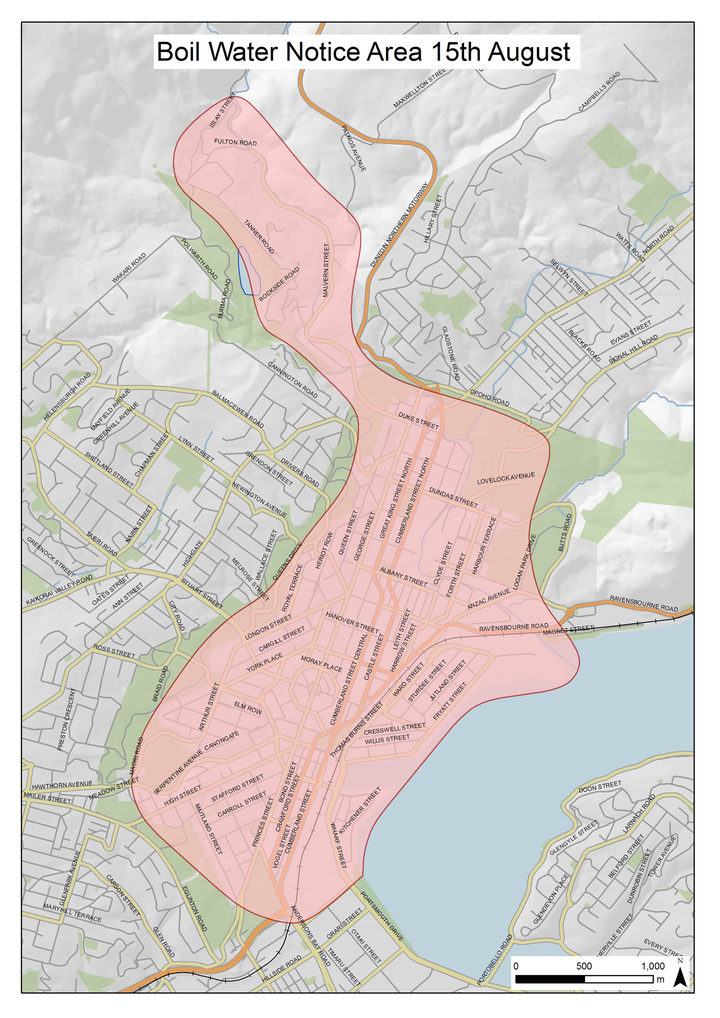