A new push to clean up New Zealand's waterways fails to address the biggest problem of nitrate seeping off farms into rivers, according to a leading freshwater scientist. 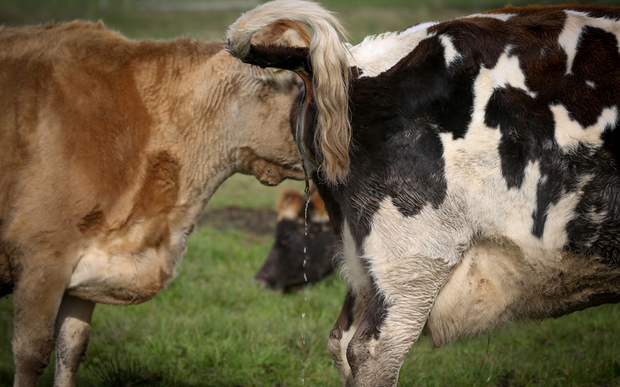 The government yesterday announced it would contribute $44 million to community and council projects aimed at improving freshwater quality all over the country.

Twelve of the 33 projects to receive funding boosts include planting on river banks, otherwise known as riparian planting.

He said it was a good strategy for keeping phosphorus out of the water but it did not handle nitrate, the biggest problem in the waterways.

"Although it will stop phosphorus getting in, it won't stop the nitrate getting in.

''Nitrate is now the problem that we have in many of our waterways. It increases the algae biomass, more slime's growing in the rivers, that changes the whole food web, less food for fish.

''And the whole health of the river system [will] decline from there."

Prof Death said the Ministry for the Environment and various government scientists have labelled nitrate as the most difficult chemical to manage.

He said none of the 33 projects addressed nitrate.

"The intensification of dairy farming around New Zealand is resulting in a large amount of cow urine with large amounts of nitrate in it getting into our waterways.

''And we haven't really come up with a very effective way of stopping it getting in the waterways. Really the only thing we can do is to manage our dairy herds a bit better. And maybe reduce the intensity of dairy farming that we seem so keen on in New Zealand at the moment."

The grants are the first chunk of funding from the $100m Freshwater Improvement Fund announced last year.

Bids for the fund opened earlier in the year and the minister was advised by an independent panel.

A freshwater scientist at the University of Otago, Gerry Closs, has joined the Lake Wanaka project, where the community and regional council aim to gauge the effect of increased building on the lake.

"There's been a lot of urban development around the downstream end of Lake Wanaka and urban water is potentially highly polluting.

''We need to work together to start addressing the open water that will be flowing into Lake Wanaka at an increasing amount quite quickly."

Minister for the Environment Nick Smith said the focus was mitigating damage to waterways.

"So it's about funding fencing, riparian planting, sewerage reticulation, storage of water to lift minimum flows, getting rid of fish pests as well as retiring some areas of land to create wetlands and to improve freshwater quality."

Among the confirmed funding was a $1.25m grant for the Northern Wairoa Freshwater Improvement project in Northland.

Māori, landowners, and councils have been working since 2005 to reduce the polluted Northern Wairoa River's effect on the Kaipara Harbour.

Northland Regional Council will contribute another $1.5m to the freshwater project on behalf of its ratepayers.

River campaigner Millan Ruka, who patrols Northland rivers and files regular reports on their condition to the council, said the council would have to lift its game if it was serious about water quality.

The sediment and bacteria in the Northern Wairoa came from the activities of forestry companies and dairy farmers upstream, in the Mangakahia catchment and the Hikurangi swamp, Mr Ruka said. 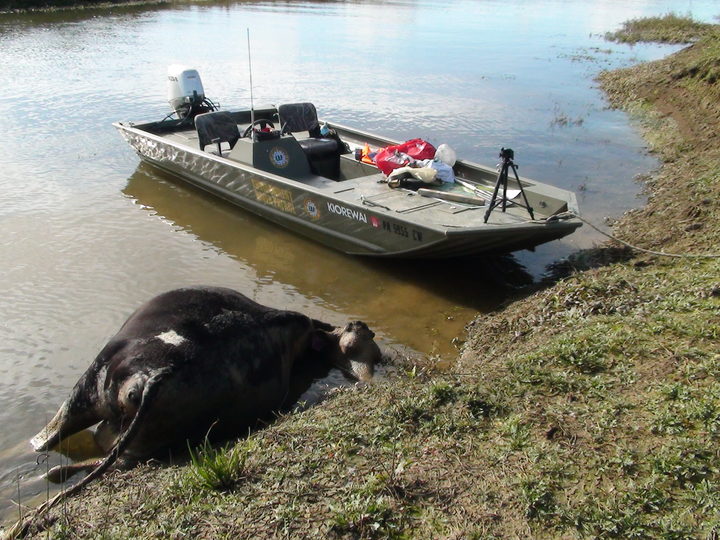 "The Mangakahia suffers heavily from forestry - it's blocked by debris in so many places it's non-navigable for long stretches.

"The banks erode and tonnes of soil go into the river ... and on to the Kaipara. But that's not something the council has done anything about in the past."

There were many unfenced beef farms in the catchment, and further up towards Whangarei, intensive dairy farming had ruined rivers like the Wairua, Mr Ruka said.

On his latest 20km paddle up the river, there were several farms still unfenced with banks crumbling into the river, stock fouling it and in one case, a dead cow in the water, he said.

"If they have money to spend, this is what the council should be doing - really getting onto the causes of the pollution in the upper catchment."