Plans to bring a 20 tonne digger to start work this afternoon on the landslide in Wellington's Ngaio Gorge have been abandoned. 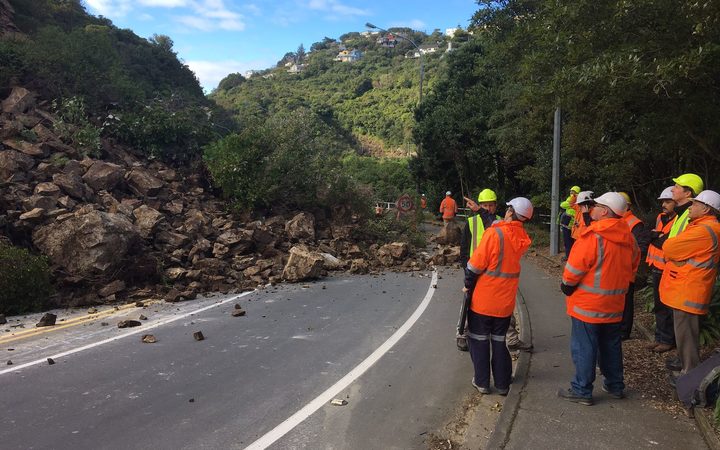 More boulders and rubble have fallen onto the road this afternoon, and it's been decided it's too dangerous to work there today.

Engineers and Wellington City Council staff will monitor the slip today and consider the options for stabilising the site and clearing the debris tomorrow.

The Wellington City Council said the road was now completely covered by large boulders and rubble.

The road, that links the central city with the Ngaio and Khandallah area, would be closed for a few days.

Council officials earlier said a helicopter and a monsoon bucket would be needed to flush out the rest of the slip.

Falling rocks made it too dangerous for contractors on the ground to clear. 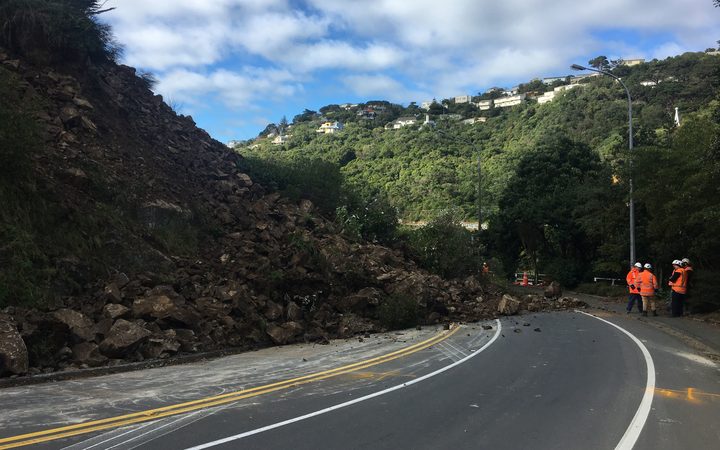 The Ngaio Gorge slip has forced the closure of the road. Photo: Wellington City Council

Elsewhere in the capital, a tenant in the house in Evans Bay, that was left on a precipice after a slip, said she and her flatmate would not know if they would be able to continue living there until engineers check it on Monday.

And Devon Street in Aro Valley has reopened, but a house above it remains cordoned after the bank beneath it slipped.

Devon Street is a popular short cut for commuters looking to avoid traffic in the capital.

Meanwhile, a slip that was blocking lanes earlier this morning on the Rimutaka Hill Road on State Highway 2, north of Wellington, has now been cleared.

The Earthquake Commission has said it has received 82 insurance claims for flooding and landslip damage in Wellington this month alone.

There has been about 460 slips in the capital in July, as sodden ground is further destabilised by regular heavy rain.