Building on flood plains should be banned until councils better understand the risk, a flooding researcher says. 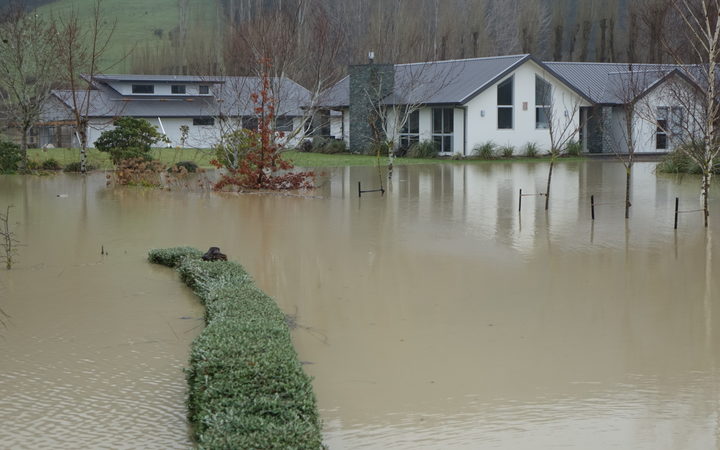 Flooding at a new subdivision in Outram, near Dunedin, after the July storm. Photo: RNZ / Ian Telfer

And engineers and planners say councils are allowing inappropriate developments to go ahead, despite the flood risk, because of pressure from developers, politicians and homeowners.

A new subdivision in Outram, near Dunedin, was among houses inundated by flood water during last weekend's deluge.

Dunedin mayor Dave Cull told RNZ that worried him and his council would review all areas currently zoned for subdivision.

Last year, Waimakariri District Council revealed it had granted consent for a 300-home subdivison in Kaiapoi based on faulty flood data, that meant the houses were built with 30cm less 'freeboard' - or breathing space - than they should have been.

And in 2012, the Nelson Mail reported that a new subdivision in Pohara, Golden Bay, was causing flooding in existing properties.

Massey University physical geography lecturer Ian Fuller, who specialises in flood histories, said flood risk assessments were usually based on what would happen during a one-in-100-year flooding event.

However, records for just a handful of New Zealand rivers went back more than 50 years, he said.

"We don't have sufficient data to tell us enough about the frequency of those big floods."

Rather than trying to mitigate flood risk for new housing developments, councils should be avoiding it altogether.

"The best thing councils can do is put a moratorium on flood plain development ... or, if the flood plain has to be utilised, understand that at some point that area will be inundated by a sufficiently large flood."

The 'one-in-100-year' phrase was also misleading - what it really meant was a one percent chance of such a flood in any single year, Dr Fuller said.

Such floods had happened relatively frequently in the last decade and would only get more common as climate change continued.

"I think we are beginning to realise that the notion of a 100-year flood doesn't make sense." 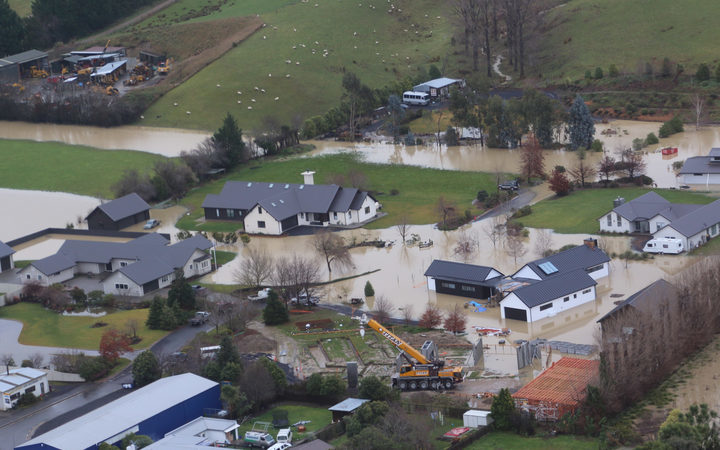 Auckland environmental engineer Nigel Mark-Brown, who specialises in flood assessments, said there was still inappropriate development happening around the country.

"The tools are there, there's lots of skilled people around and I don't understand why these problems are still happening."

The Resource Management Act required local authorities to avoid or mitigate the risk, but councils should err on the side of caution, Mr Mark-Brown said.

"You should be avoiding wherever possible ... which means not building in a flood plain."

Greater Wellington Regional Council senior hazards adviser Iain Dawe said he was "not surprised at all" to hear the Outram subdivision had flooded.

"Councils have a lot of pressure on them to grant subdivision consent for new developments.

"Unfortunately, what can happen is the risk of hazards gets downplayed, somewhat. Part of that's because of a lack of information and knowledge about what can happen in an area, and it's also partly because we're not that good at quantifying future risks."

Councils were reluctant to re-zone land that was already zoned as residential, he said.

"Believe me, there are some cases around our region where we've been fighting for 10 years to try and get some kind of planning rules around particular floodplains, and there's a lot of fighting and pushback."

The area near the Mangaroa River and Pinehaven Stream in Upper Hutt, and the Wainuiomata River were among examples in the Wellington region, he said.

Opponents tended to take issue with the risk modelling, he said.

"When people perceive that their property values might be affected or it might restrict development, people are always going to challenge you on the science ... but there's only so much you can predict." 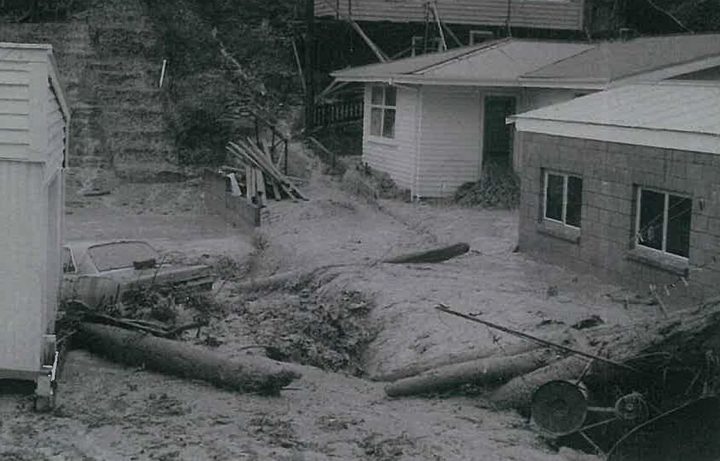 "The first option is to avoid inappropriate development in hazard areas."

"We do have a Building Act which sets that minimum standard as a [50-year flood event] for a residential house. There's quite a lot of talk that that really isn't high enough and that it should be ... nearer something like a one-in-100-year return flood event."