Abuse of intellectually disabled people in state care over five decades has been brought to light in a new report by the Human Rights Commission. 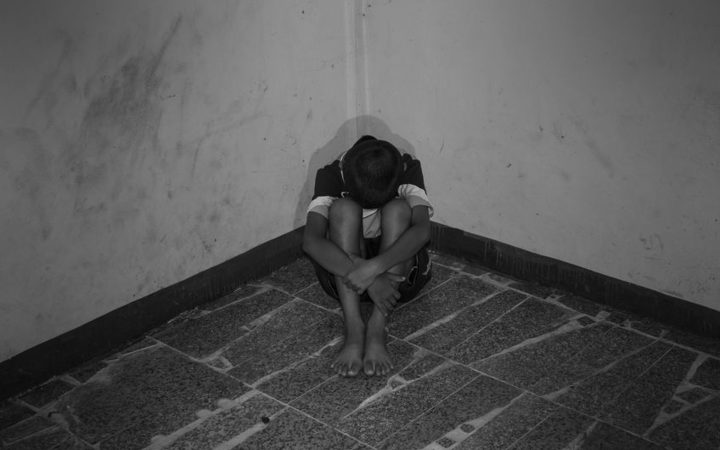 One person described being locked up for weeks (file). Photo: 123RF

The report, released today, contains the stories of 17 people who were mistreated by staff in mental health facilities and hospitals between the 1950s and 1990s.

Disability Rights Commissioner Paul Gibson said many of the accounts were utterly sickening.

"The denial of being connected with their families, their communities... large proportions of them exposed to physical and sexual abuse.

"Lobotomies - drilling holes in the head - sterilisation without consent, experimentation with LSD - these are the anecdotes that I've heard."

One woman, Alison, described in graphic detail conditions she was forced to live in for decades as a mental health patient at Auckland's Carrington Psychiatric Hospital.

"[I was] locked up for weeks... dragged down the corridor by staff by the feet and the hair and they throw me into a seclusion room.

"They would... throw you into an empty room... slam the door and lock it and leave you there.

"You'd be freezing cold, you had no clothes on, no toilet facilities, no bed, nothing. And you would be calling out for a drink of water and you'd end up drinking your own urine - that's how thirsty you were.

"The nurses used to look in and see what you were up to and if they saw you up to no good, they'd get reinforcements and... come in with a couple of hypodermic needles... and knock you out"

She said she was sexually assaulted at knifepoint by a male patient when she was 11 years old.

Other patients told of being regularly beaten and raped by staff and other patients, locked in seclusion rooms, tied down to beds, and forced into unpaid labour.

Norman said he was often raped by staff and other patients.

"[I was] beaten by staff and patients... sexually abused, ahh, sodomised, you know... sticking it up your backside... when you were a kiddie... they were all big boys and you were only a little midget."

Mr Gibson said the report highlighted "systemic failures and a system that enabled abuse to continue unchecked for years".

It gave voice to a community of people whose stories hadn't always been properly told, he said.

"A very old saying is 'a measure of a society is how it protects its most vulnerable'. The evidence of this report is that we've done a poor job in New Zealand. A horrific job."

The newly-released report follows last year's revelations of systemic abuse in boys' and girls' state homes over the second half of the 20th century.

That prompted calls for an independent inquiry into the issue, which the government initially rebuffed.

Since then, the government's line has softened, with Prime Minister Bill English signalling two weeks ago he may be open to the idea.

Mr Gibson said the abuse suffered by all of those in the state's hands deserved nothing less than a full investigation.

"Others, including [Confidential Listening and Assistance Service chairperson Judge] Carolyn Henwood have said that to go through an apology process, an inquiry process, would be nation-building.

"The state needs to apologise. This stuff didn't happen on the watch of this government, but this government has the opportunity to do something about it and restore the mana of the state."

The report's author, Brigit Mirfin-Veitch, also wants an inquiry and said it was an issue of what society valued and believed in.

"I think that there is plenty of evidence for the need for an inquiry and an apology.

"I think it goes beyond politics and to really showing us how we should be behaving as a society, as a community."