Hundreds of messages from stressed and overworked family doctors are being delivered to the Health Minister in a bid to get more funding for primary health care. 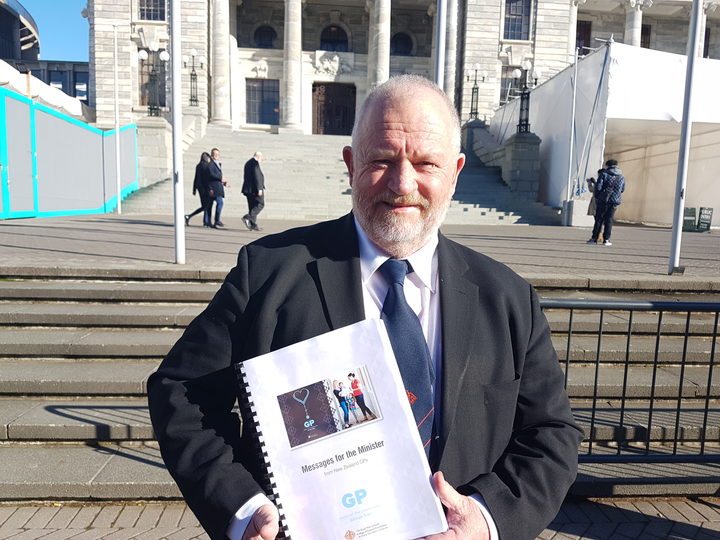 The Royal New Zealand College of General Practitioners has this afternoon handed over more than 350 letters from GPs around the country, to Health Minister Jonathan Coleman.

The letters highlight their concerns about having to deliver more, with less resources.

The college's president, Tim Malloy, said the situation was alarming.

"GPs are definitely feeling the pressure of having to deliver more services, with less support. This is a real problem which could have a dire effect on the country if action isn't taken soon," he said.

Dr Malloy said they want the funding system overhauled to ensure all patients who need cheaper GP fees are able to get them.

"The main thread is the concern [doctors] have is for their patient's ability to afford the care that we provide, and the inequity for those people who are in greatest need.

"To not have adequate subsidy for the poorest people with the greatest health need is a serious concern and a flaw with our system." 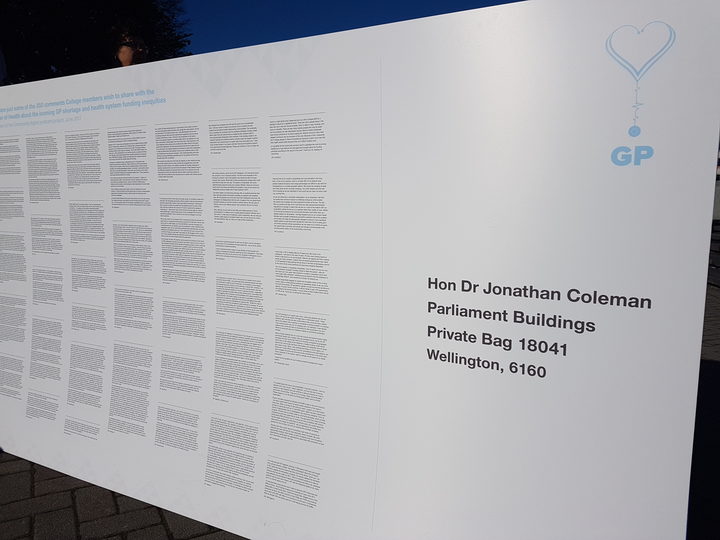 A giant postcard with some of the 350 messages from GPs around the country. Photo: RNZ / Adriana Weber

Doctors also want, and say they urgently need, a funding boost to train new doctors in the face of an impending shortage.

"With more than 40 percent of the GP workforce planning to retire within the next 10 years, we need to train new GPs now - and that requires more government funding."

The shortage has already been noted in some smaller communities, particularly in Taranaki.

"We have an ageing workforce. That places pressure on those individuals who are ageing, to continue to prop up this workforce because we have lost generations of younger doctors in not training enough GPs in the past.

"We are in position to try and increase training numbers because the medical schools are producing more graduates, but we don't have sufficient funding to increase the numbers to the kind of levels we need to sustain our workforce."

Dr Malloy said about 300 new GPs were needed each year to keep up with demand and sustain the workforce.

He hoped the letters, and a meeting with Dr Coleman, would help spur the government into making the changes.

"The point is that if the system isn't corrected, then it will fail."