Flooding has affected roads and prompted evacuations in towns and cities across the southeast of the South Island. While the weather has cleared, several states of emergency remain in place. 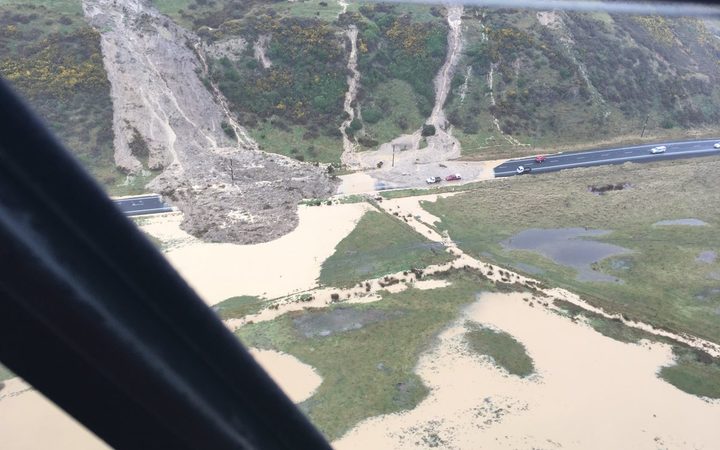 Work to clear a major slip on Otago's Harington Point Road, just past the turnoff to Harwood, will start today. Photo: Twitter / @DnEmergency

Only one heavy rain warning is in place, for Fiordland. MetService said rain was expected to develop this evening and become heavy overnight, then ease towards midday tomorrow. Downpours were also possible in Westland.

States of emergency and evacuations

States of emergency remain in place for the Otago region, including Dunedin and Waitaki, and for Christchurch and Selwyn. The state of emergency in Timaru has been lifted.

Check out this interactive public information map of the emergency areas, with a live feed from NZTA showing road closures, cautions and delays:

Residents have been warned to wash their hands if they come into contact with floodwaters, which are likely to be contaminated, and to limit water use that produces wastewater - such as flushing toilets or washing - to make sure pumps aren't overloaded.

About 220 households were evacuated across the Otago region, including 100 homes in Outram, inland from Mosgiel.

About 130 properties remain evacuated, mostly in the Henley and Taieri areas. Residents of all but two of the 100 properties evacuated in lower Outram are now able to return home.

All state highways are now open in the South Island, although many landslip and surface water warnings remain in place.

Work to clear a major slip on Harington Point Road, just past the turnoff to Harwood, has been completed. Residents on the Otago Peninsula north of Harwood remain effectively cut off, with no alternative access route available.

A collision between a truck and a car on Portobello Road near Macandrew Bay in Dunedin this morning temporarily closed that road again, but it is now fully reopen.

Ice on the road is thought to have caused the crash, and drivers are being urged to take extra care with ice affecting several roads in the area.