Motorists wanting to be first through Auckland's new Waterview Tunnel will have to play a guessing game with the Transport Agency refusing to say when it will open. 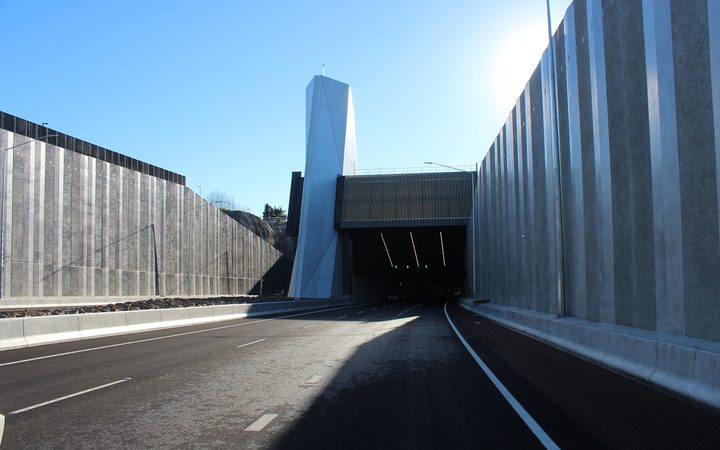 After months of delays the $1.4 billion tunnel is set to open in early July, but the exact date remains a secret with the only confirmation being that it would not be tomorrow.

In a written statement, Auckland Highways manager Brett Gliddon said in the past there had been a large number of people wanting to use new routes.

"This created long queues of people waiting on the side of the motorway, which became a safety issue. To reduce the likelihood of this occurring we will not be announcing the exact opening time."

However, Aucklanders already had a chance to enter the tunnel.

They had initially been told to expect the tunnel, between Point Chevalier and Mount Roskill, to be completed by April but that was pushed back after a sprinkler system was found to be faulty.

Open days this month attracted tens of thousands of walkers and cyclists, but Automobile Association spokesperson Barney Irvine said NZTA was being over the top and overly cautious.

"We think on balance that the better approach would be to let people know when it's going to happen.

"You run the risk of causing additional confusion by suddenly surprising people with its availability as a traffic route.

However, Waterview resident and local community board member Margi Watson said trying to reduce traffic around the opening was a good idea.

"People in Waterview and Point Chevalier will know the day it opens because all the traffic will be pouring out the northern portal on the very high ramps that are up above residential houses.

"There's some concern about the level of noise that will drift over both those communities when the ramps open, so we'll see it the day it opens."

Transport commentator Matt Lowrie from the Greater Auckland blog said the open days were unlikely to have appeased people's curiosity.

"I think that shows that people do want to look at it and those people that couldn't get a ticket to do that, and so it's quite likely that there will be a lot of people who haven't been through.

"Or even those that have walked or cycled through who want to drive through so it's quite likely we will see a lot of people in the days and weeks following the opening going to have a look at it."

Mr Lowrie said NZTA's decision not to give people warning would not necessarily have the desired effect, however.

"As soon as it's open people are gonna go and try it out, so you might stop a little bit of the queuing up to have a look at it that some people might try, there's some people that are going to want to be the first through."

Once the tunnel does open the Transport Agency expects it to take weeks for traffic flow to adjust to the new route.