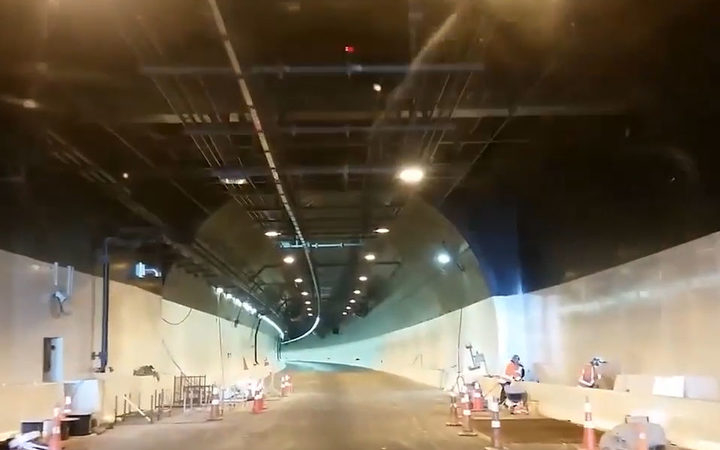 Transport Minister Simon Bridges said there would be an official opening next Sunday, followed by a number of public open days.

It was initially hoped the twin 2.4km-long tunnels would open by April, but faults with the sprinkler set that back.

The tunnels, between Point Chevalier and Mount Roskill, complete the western leg of the Western Ring Route around Auckland, providing a North-South motorway alternative to State Highway 1.

Mr Bridges said the tunnels were likely to have as much of an impact on Aucklanders' travel patterns as the harbour bridge did when it was opened nearly 60 years ago.

"It gives an opportunity to bypass the city whether going from south to northwest or the other way."