The government and the Auckland Council have agreed, for the first time, that light rail will eventually be built between the city centre and the airport. 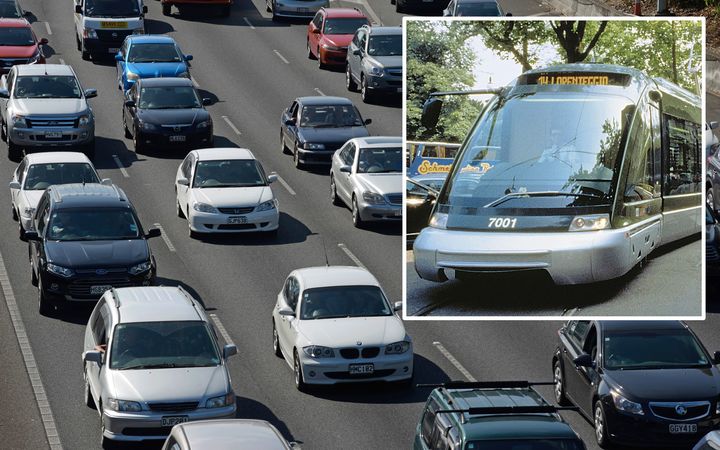 A file photo of light rail: The Auckland Council has long pushed for it as the best mass transit option. Photo: 123RF / Supplied

The council has long advocated for light rail as the best mass transit option but had not had government buy-in.

The NZ Transport Agency said there would be a staged integration from bus to light rail.

However, it did not have a timetable in place and that would depend on demand, capacity and funding, it said.

Mr Bridges said it would take time to secure the route and in the meantime buses would still be the main form of transport to the airport.

But it would become what he described as "advanced bussing" along the secured corridor, most likely to be Dominion Road.

Travel to Auckland Airport has been under the spotlight in recent months after severe delays.

The Transport Agency also said there would be a delay in completing one of the country's largest-ever roading projects in Auckland.

The Waterview Connection was set to open next month, but would now open in two or three months' time.

The agency said for the tunnel that forms part of the project to operate efficiently and safely, each piece of equipment needed to be thoroughly tested.

Its Auckland highway manager, Brett Gliddon, said the route has been under construction for five years and short delays were not uncommon for a project of this size.