Residents living in the Wellington suburb of Thorndon should brace themselves for four years of dust and disruption. 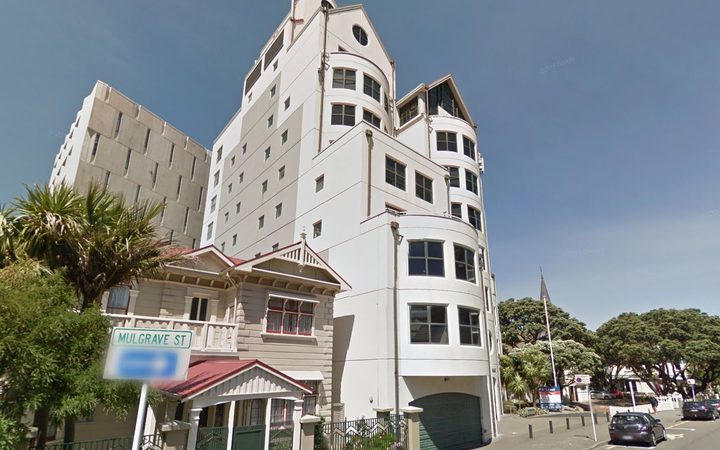 Revera House in Thorndon is one of the buildings in the suburb of Thorndon that is due to be demolished. Photo: Google Maps

The Wellington City Council is getting ready for more demolitions in the suburb near Parliament.

Sixty-one Molesworth Street has already come down, and the wreckers are lining up for Defence House and Revera House.

Several buildings were also down, or due to come down, near Centreport.

At a regional Civil Defence meeting on Friday, the council's resilience leader, Mike Mendonca, said the demolitions and subsequent construction activity around Thorndon would take about four years.

"It's going to be disruptive, there's going to be dust, there is a small amount of asbestos in Revera House - so we've got a whole bunch of issues that we'll be dealing with as we improve Thorndon in the long term.

"There are five schools within 200m of these sites, the street itself is a major artery into Wellington, and we have the Cook Island High Commission tucked just below Revera House and Old St Paul's Cathedral ... nestled right next to Revera House as well."

"We've got a perfect storm in terms of interest groups, in terms of how we might delicately demolish Revera House in particular without upsetting the running of the city too much."

Mr Mendonca said there were 11 buildings that have been demolished or were slated for demolition; and another five that were unoccupied, including the badly-damaged Statistics House.

"I've just listed the ones which are public knowledge, there are others.

Mr Mendonca said bedrock is well below ground level in much of central Wellington, contributing to what is being called a 'basin edge effect'.

"We know there's a correlation between the damaged buildings and the depth and shape of the bedrock that sits underneath those buildings. Not the soils, not the reclaimed land that people tend to focus on, but actually the bedrock that lies under the soil.

"Our challenge now is to figure out what that means for the future of the city."

More work was required to understand how ground movements in the bedrock were amplified through the soil above, and whether buildings in those areas needed special technology, such as base isolators.

"That knowledge can shape the future of our city as it grows and changes in the coming decades. We want our grandchildren to thank us for making sensible decisions based on the information that we have."

That information would be fed into the district plan, Mr Mendonca said.

RNZ's list of buildings due to be demolished in Wellington