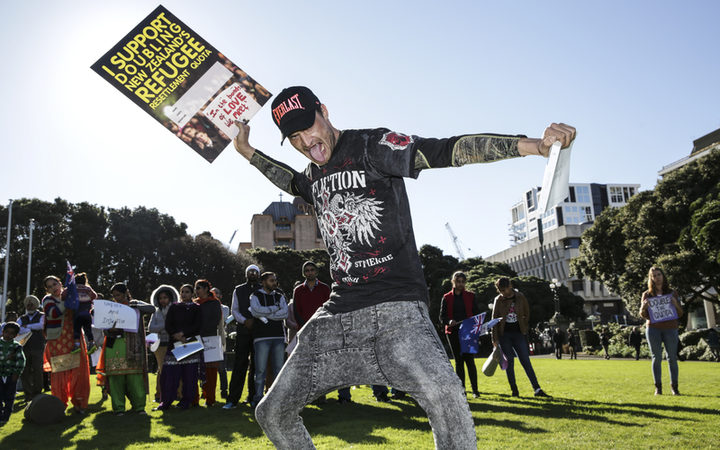 New Zealand currently lets in 750 refugees, but plans to increase that to 1000 next year. The country ranks 97th in the world for hosting of refugees per capita.

More than 100 people gathered outside Parliament today to mark World Refugee Day, calling on politicians to increase the country's refugee quota and asking individual MPs to pledge their support to the campaign.

Syrian refugee Karam Shaar is studying for a PhD in Wellington.

Forced to leave his homeland after authorities found out he was organising protests against the government, he was given a week to get out of the country. 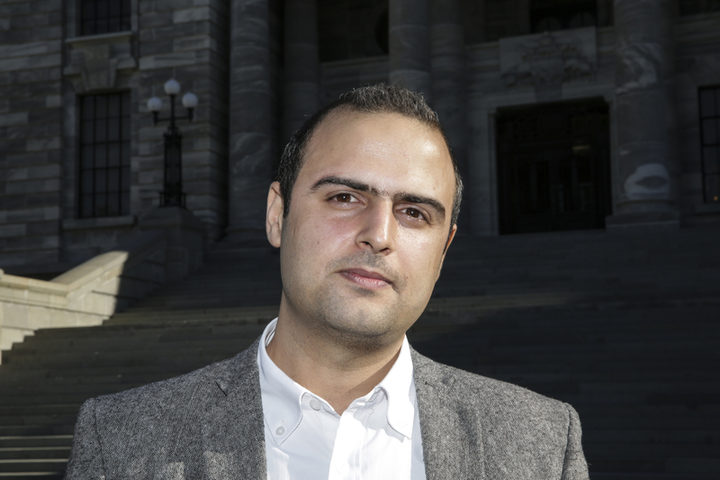 Karam Sharr is Syrian refugee who spoke at the protest outside Parliament. Photo: RNZ / Rebekah Parsons-King

"In Syria you're a criminal if you say anything against the government. You would be just accused of terrorism. You would be described as an anarchist."

Fatima Abobakr left Yemen four years ago with her husband. She said her new home was very different to the one she left behind.

"There are so many rules that you need to follow and you can't break them. If you do, you can face death."

Ana Mandez came to New Zealand 10 months ago, as part of the family reunification programme after her father was forced to flee Colombia.

Like the other refugees, she spoke of the delight of living in New Zealand.

"Everyone deserves a good life with freedom, and a place where you can realise your dreams, because sometimes in your country you cannot," she said. 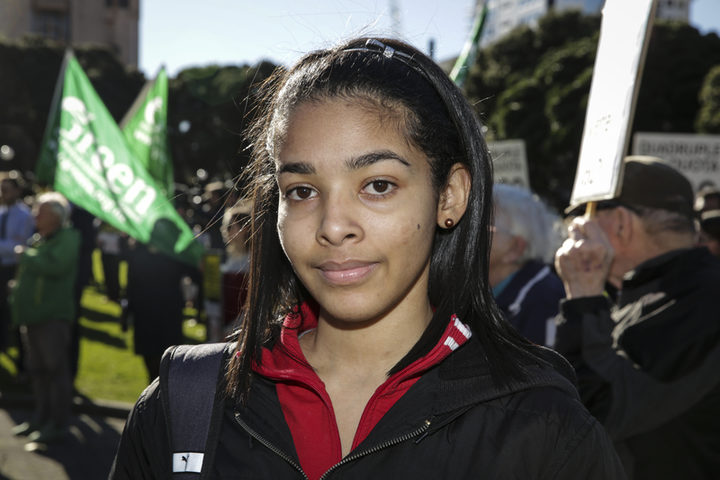 Ana Mandez and her family, from Colombia, had to flee their home due to violence. Photo: RNZ / Rebekah Parsons-King

Protest organiser Murdoch Stephens, who founded the Doing Our Bit campaign four years ago, said there were two reasons New Zealand should increase its refugee quota.

"To offer protection to people who don't have a government - they don't have a home, they've been driven out of their land through no fault of their own.

"And secondly, because if you look at the numbers we are really not pulling our weight.

"So if we want to be seen as a humanitarian nation then we need to increase it to the likes of similar countries like Australia, Canada, Ireland who do between three, four, five times as much as us.

"So it's not making us a world leader. It's really just getting up to the middle of the pack."

He thought it was a question of knowledge.

"But for the case of New Zealand, the problem is people do not know that this quota has been in place for decades."

"There was a poll last week that said there was a quarter of New Zealanders who thought we took 10,000 people or more," he said. 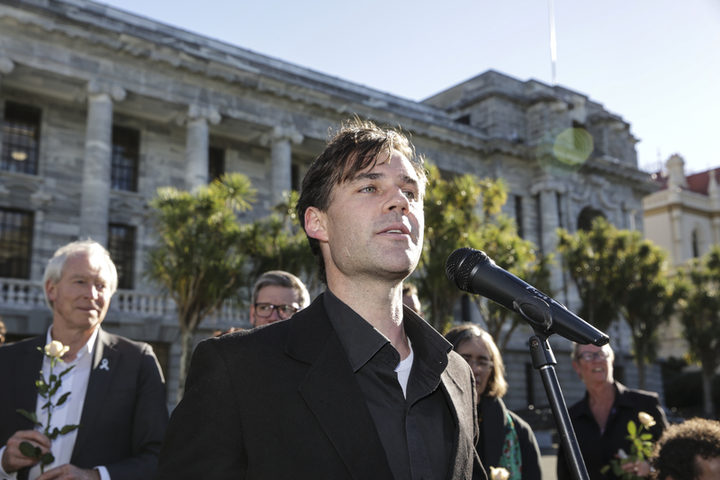 "So there is a quarter of New Zealanders who will be pretty happy with the Green Party going down to 5000 from whatever they thought it was. Yeah, there is a lack of knowledge."

That same poll found only a quarter favoured increasing the quota to more than 1000, with three quarters supporting a quota of 1000 or less.

The Green Party policy, announced today, is to boost New Zealand's annual intake to 4000 within six years, and allow community and church groups to bring in a further 1000.

Mr Stephens now plans to take his campaign to 17 centres from Invercargill to Whangarei.